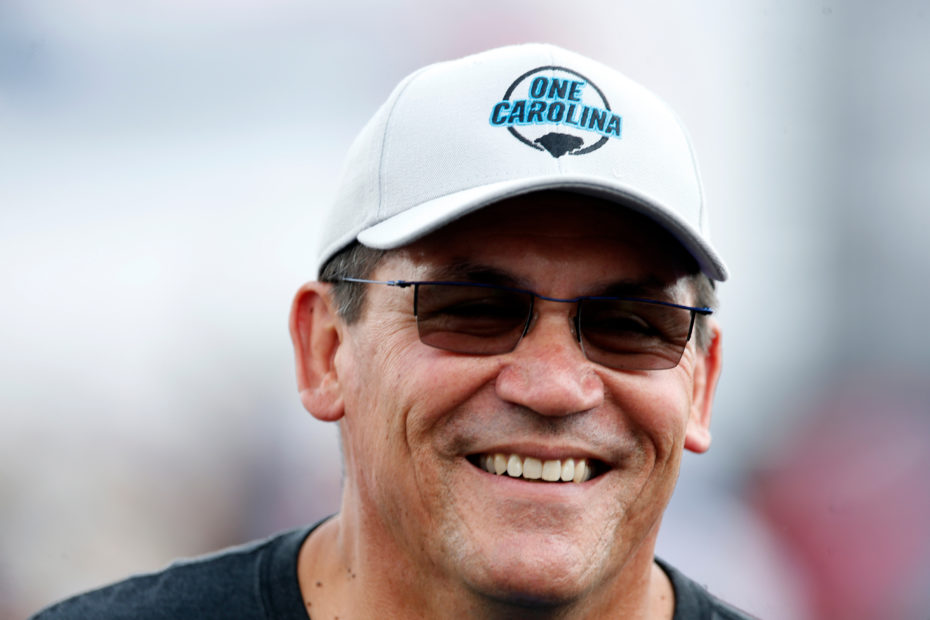 Ron Rivera has not been discreet about the disappointment he is feeling due to the Washington Football Team’s surprisingly low COVID-19 vaccination rates. In fact, he stated on Tuesday that he felt “beyond frustrated.”

Sports Illustrated offered Rivera’s more in-depth explanation for why he feels the way he does. Particularly, he finds it odd because his players initially took the virus seriously and obeyed lockdown rules.

“I think it’s frustrating. Especially in the fact that last year we were the No. 1 team against COVID,” said the 59-year-old coach. He added, “Our players took the challenge of staying inside the bubble, doing the things the right way and for the most part, you know we only had two situations. Both of them were guys who weren’t on the active 53, so it turned out to be a positive for us, as far as being COVID-free. And now for whatever reason, we have some reluctance to do that, to get the vaccine.

Ron Rivera continues to fight against the virus.

Rivera’s sentiments are incredibly valid, especially when considering about half of the league has reached a 90-percent vaccination rate. Whereas the WFT has barely reached 50-percent. The head coach even went as far as to bring in vaccination experts, but it had little impact on the player’s decision to get vaccinated.

Unlike the players, the entire WFT coaching staff is vaccinated, Rivera included. However, the 59-year-old does not stop there when it comes to combatting a possible virus outbreak. After battling skin cancer last year, Rivera has been left immune-deficient and therefore continues to wear a mask around unvaccinated people.

RELATED: Simone Biles Withdraws From the Individual All-Around Competition, But That Doesn’t Mean This Is the End for Her

“I hope we can get to these guys, get them to understand really it’s not just for them, but it’s for the people around them,” he said. The coach also included, “And that’s the thing that I think hopefully will get their attention is it’s not just about them, but the folks around them. … It is everybody’s choice, everybody’s decision, but you just hope they all fall in line and understand what’s at stake. I’m truly frustrated, I’m beyond frustrated.”

Last week, the NFL issued a statement that outlined new COVID-19 obligations that will more likely than not alter a player’s vaccination status. The NFL offered that if a COVID outbreak occurs among unvaccinated players, the team will have to issue a forfeit for games that cannot be rescheduled. Additionally, unvaccinated players will receive a fine of $14,650 anytime they violate the virus procedures this season.

Some players within the league are not happy with these new guidelines. Cole Beasly took to Twitter and shared that he “may die of covid, but I’d rather die actually living.”