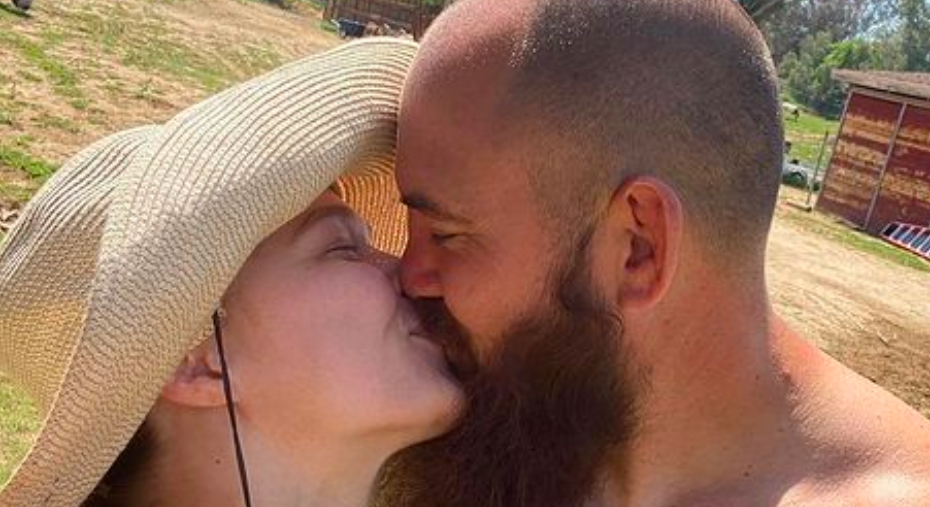 Ronda Rousey And Travis Browne Have Major Announcement: ‘Mr Browne And I Are Expecting The baddest Baby On The Planet’!

Ronda Rousey and her husband, Travis Browne, have been busy in a different kind of fight from the MMA octagon. They recently launched “Browsey Acres” on their “small family farm” per Rousey.

“We’re finally happy to announce the launch of BrowseyAcres.com!” Rousey said in an Instagram post. “Those that have been following our @browseyacres journey know we’ve fallen in love with raising #fullbloodjapanesewagyu on our small family farm. It’s taught us pairing the highest quality of life for the animal with the highest quality genetics leads to the healthiest and highest quality food for our family. And we’ve finally going to be able to share this method with you. Check the link in our bio to see how we’re trying in our small way to change the meat industry by making the best experience for our animals the highest priority.”

As you can see, this fight is the battle of having a good quality life for animals on their farm.

What’s even more exciting for Ronda and Travis is they had a major announcement where a little one could soon be running around that family farm.

“Big announcement from @browseyacres,” Rousey said in an Instagram post. “It’s been quite a journey to get to this point – and we’re so excited to share with you all that Mr Browne and I are expecting the baddest baby on the planet Sept 22nd🤰🏼”.

Here’s the full video of their announcement on Rousey’s YouTube channel:

Congrats to Ronda and Travis!

Travis shared the video on his Instagram, as well.

“LINK IS LIVE!! 💙💗💙💗💙💗,” Browne said in the Instagram post. “@rondarousey and I have an announcement… an exciting announcement.. THE ANNOUNCEMENT!! Super excited!!”

Congrats again to the married couple! So many people are excited for them.