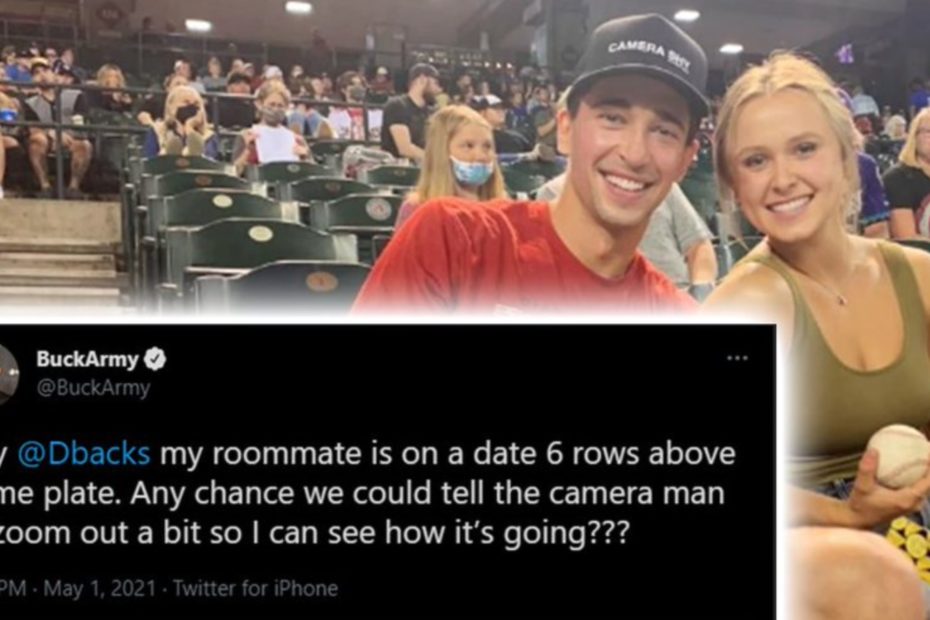 This Tweet Thread Will Take You Out To The Ballgame. Friend Looks Out For His Roommate During A Date At A MLB Game

The typical wingman will always have your back no matter what. He’ll make sure to make you look good in front of the woman you are trying to impress and not try to step on anyone’s toes but to let you do your thing in making the first move to pursue that woman (just make sure when you pursue her, treat her with utmost respect, dignity, and cherish her, man! Don’t play with her emotions but show your intentions from the jump).

Well, in this case, at least one guy had his buddy’s back at an Arizona Diamondbacks game. And Twitter was here for it, with many people calling this dude exactly that, a “wingman”.

YouTube gamer and (per his Twitch channel) “(f)ormer college athlete (who) played 2 years of professional FIFA for the Colorado Rapids”, @BuckArmy, sent this tweet to the D’Backs:

Then, the rest was history.

After tweets back and forth trying to find this guy’s roommate, the @Dbacks twitter and even the D’Backs broadcast Twitter @BallySportsAZ teamed up seemingly to make sure they were able to spot the roommate. The roommate, after a series of tweets, was eventually found with his date.

Here’s some of the tweets in the thread:

Some game-used balls and a night to remember, indeed. That’s exactly what @BuckArmy did as he recapped this memorable night.