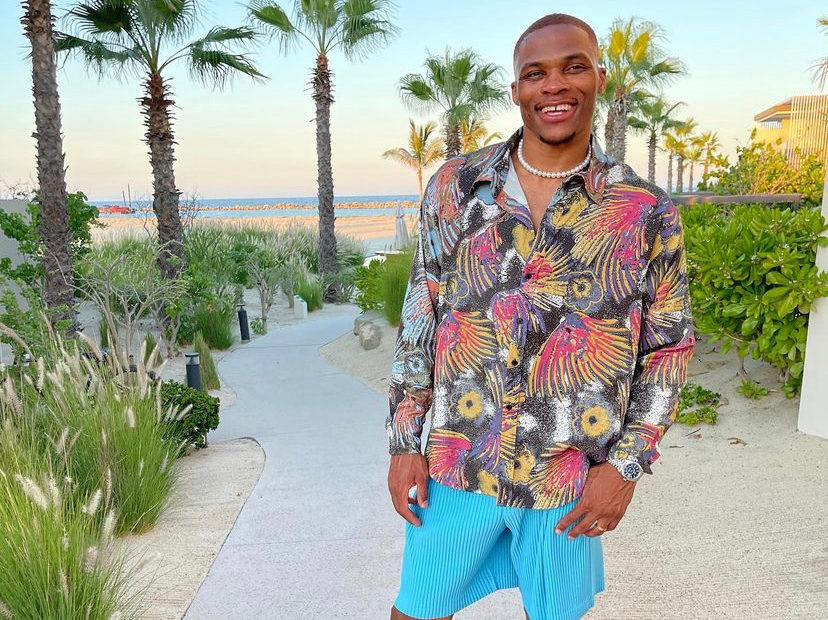 Russell Westbrook, 32, States That Kobe Bryant’s Memory is Alive Every Time He Wears a Lakers Jersey

Southern California native and NBA veteran, Russell Westbrook, has had a lifelong dream of representing his home team, the Los Angeles Lakers. Since he was a child, playing for the Lakers has been a goal that seemed almost impossible. However, last week, Westbrook received some life-changing news. Upon his dreams coming true, the 32-year-old has reflected on his past relationship with basketball legend, Kobe Bryant, who sadly passed away in a helicopter accident.

When commenting on his trade from the Washington Wizards to the Los Angeles Lakers, Westbrook commented, “It’s incredible and surreal. It still hasn’t hit me yet,” and went on to share, “I’m coming to an unbelievable organization, team and players I’m able to learn from. Each year, I try to find things I can learn and help improve my game and be a better player. I will do that here as well.”

Russell Westbrook speaks on his relationship with Kobe Bryant.

Despite the surreal nature of signing with a dream team, the NBA star was also emotional over the loss of Bryant. Given their personal relationship, the newly signed Laker had some mixed emotions. According to USA Today, he said, “There are things we have talked about – me and him and just the potential in me being able to be a Laker and understanding what that entails. It’s just crazy to think about. That will be with me every time I put that Lakers jersey on.”

After hearing the horrific news of Kobe’s death, Westbrook took to Instagram and wrote a detailed statement on his emotions and gave his regards to the Bryant family. He wrote, “I’ve been stuck and not really knowing how to put all that I’ve been feeling into words over the past several days. I am devastated about the passing of Kobe & Gigi, on every level.”

The athlete also described his first meeting with Bryant and how meeting the superstar changed his mindset about how to tackle the sport of basketball.

“I met Kobe when I was 16 at UCLA playing against him in a pick up game. He played like it was the NBA finals. From that point on, I decided that I wanted to emulate his Mamba mentality. At the time, there was no name for it, but I recognized in him what I always felt in myself. He became a friend, a brother, a mentor, a teacher, he defended me, he believed in me, and he taught me how to weather the storm…I love you Kobe.”