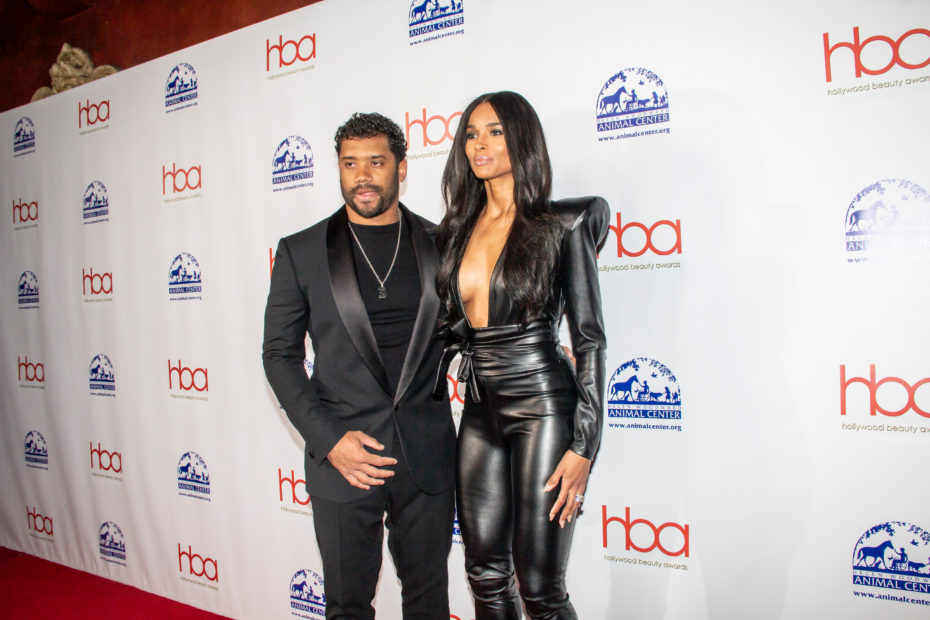 Thirty-three-year-old Seattle Seahawks quarterback Russell Wilson recently made an appearance on “The Ellen Degeneres Show” alongside his Grammy-nominated wife, Ciara.

Given that the football season has just ended, it seems as though this athlete has a lot of thoughts on his mind – and he’s been extremely clear about what he’s thinking about. Getting down on one knee and gifting his wife with a bouquet of flowers, Wilson began begging Ciara to have more children with him.

Do you guys want me to make her more nervous?” Wilson asked the audience. As his wife visibly grew alarmed, he began asking, “Serious question: Can we have more babies?”

As she erupted into laughter on national television, it was evident that the football player was extremely serious about the question. He noted that “It would be perfect! Just give me one more at least.”

Together, the couple parents of three children together. Alongside Ciara’s 7-year-old son whom she had with her ex-partner, the pair share 19-month-old Win and 4-year-old Sienna. While three children may seem like a handful, it seems as though the two are ready to take on the challenge of another one.

Although she admitted that there needs to be an intermission between the next child, the singer did not turn down her husband’s proposal of another child in the mix.

Ciara tells Russell Wilson she is ‘down’ to raise another child with him!

With all smiles, she relayed, “We definitely can, but we’ve got a little time before we get there. But, I’m down to do it again with you!”

However, throughout the interview, it became clear Ciara would be happy to have more children with the NFL star because his parental characteristics are the “sexiest thing” about him.

Ciara also opened up during an interview with PEOPLE about her and Wilson’s children. Unsurprisingly, she relayed that the house is filled with a bunch of talented rugrats. “These kids are funny. Our kids are really hilarious, and obviously the older they get, the more they think they know,” she commented.

So, is a new child in the cards for Ciara and Wilson? Only time will tell.