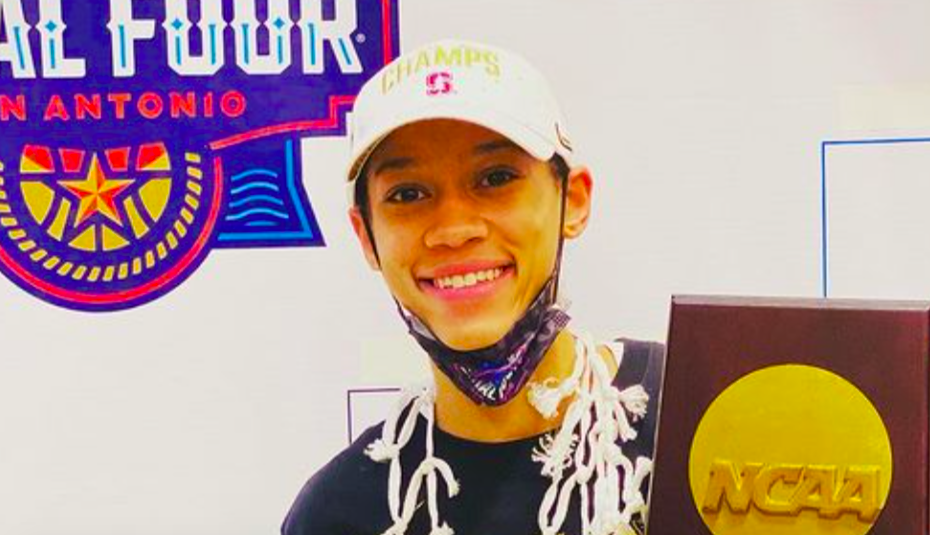 Russell Wilson knows how to win. A Super Bowl win, a seven-time Pro Bowl selection, the 2020 Walter Payton Man of the Year, Wilson’s had a well-above .500 winning percentage every season with the Seahawks in his NFL career.

And all that winning, it runs in the family.

Anna Wilson, Russell’s sister, is now a national champion after Stanford won the title on Sunday.

Russell and Ciara are so proud of Anna!

“Your journey is inspiring,” Wilson said in an Instagram post. “You have overcome so much. The doctors said No. God said YES! @awilly03 #FinalFour”.

That adversity Anna faced may have had to do with the fact that in 2018 she had a “stress reaction in her left foot” and “(w)hen Pac-12 play started (in 2017’s season)  she played five games before a stress fracture in her right foot cost her the rest of season” according to SF Gate’s Tom FitzGerald. FitzGerald also pointed out in 2017 that Wilson said she’s had three concussions.

The Stanford Daily’s Inyoung Choi reported in 2020 that Anna had “head and foot injuries sidelined her for the majority of her freshman season”.

Wilson said in 2018 per FitzGerald that: “though disappointing, (it) has ‘given me perspective. It’s taught me a lot about patience and being able to appreciate when I’m able to play, and never to take this for granted.'”

Overcome that adversity, appreciate moments, and win a championship is exactly what Anna did. On the day she won a title, she tweeted this:

“Drive,” Russell said in another Instagram post. “Will. Passion. Energy. You’ve earned it all through hard work, leadership, prayer, & immeasurable Faith. I Love You Anna Wilson. I Love You Champ. @awilly03”.

The national championship was a culmination of a lot of hard work and determination. Again, something big bro knows a thing or two about. And Russell was there every step of the way cheering his little sister on this season (including retweeting a lot of his sister’s accomplishments):

Russell, Ciara, and the family also celebrated Easter together! It was on the same day the national championship took place this year when Stanford beat Arizona 54-53 to get the title.

Steph Curry also had a rooting interest in the national championship thanks to family:

“My God-Sister…@cameronbrink22,” Curry said in an Instagram post. “What’s up Champ??? Forever a legend.
Congrats @stanfordwbb. Another 🏆. Bring it back to the Bay!”

Not only is Brink Curry’s “God-Sister”, she also just so happens to attend that university also in the Bay Area where Curry’s Warriors reside. Stanford’s home is Palo Alto and the Warriors’ home (now) is San Francisco by way of Oakland.

It’s all in the family. Both literally and community-wise, as well. Bay Area, congrats on your champions!