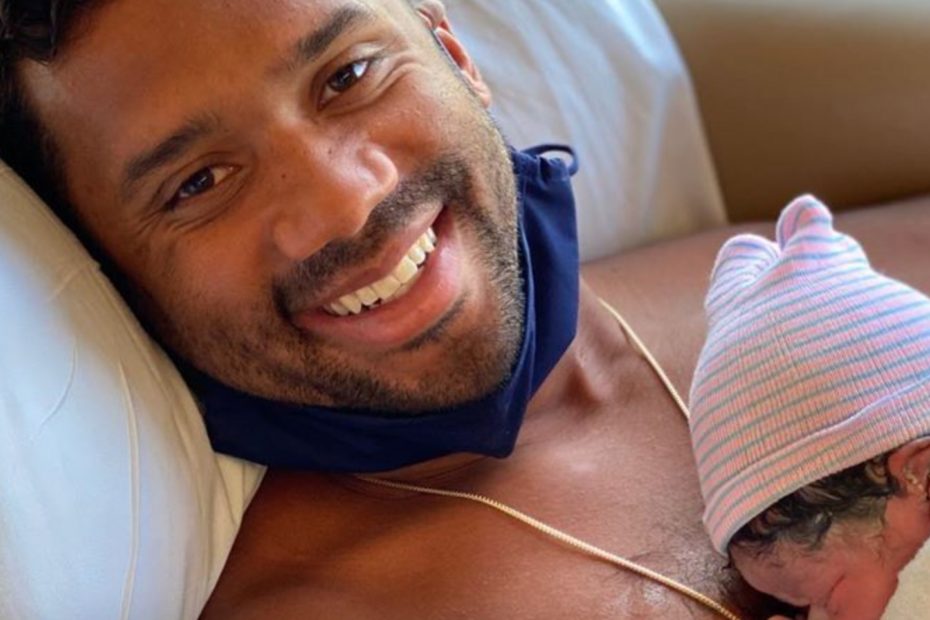 After being properly inducted into the 99 Club, Seattle Seahawks quarterback Russell Wilson celebrated with his little man, Win.

What is the 99 club? Well, “a 99 overall rating is the highest rating a player can achieve in Madden; only the most elite NFL players can earn membership into The Madden 99 Club.”

Wilson joins the likes of Tom Brady, Aaron Rogers, Antonio Brown, and more. In celebration of being the newest member of the club, Wilson was given a gold and diamond-encrusted pendant.

The special piece of jewelry was given to him by his teammates, DK Metcalf. You can see the surprise moment unfold in the video below:

“When your boy DK surprises you and lets you know you’re in the EA Madden NFL #99Club while you’re on the phone with Ken Griffey Jr for Dangertalk. Dream come true!!! To every kid in the world, WHY NOT YOU,” Wilson wrote on Instagram.

He then returned to the social media platform to share an adorable of his twin, son Win Harrison Wilson wearing the pendant. “99 problems but Win ain’t one,” the proud father captioned the photo.

And commenters truly couldn’t get over how cute the photo is. Family friend, Vanessa Bryant wrote, “He’s so adorable!”

“He looks EXACTLY like his daddy!” another added. “How cute?” “Fly like Daddy,” Wilson’s wife, Ciara, wrote as well.