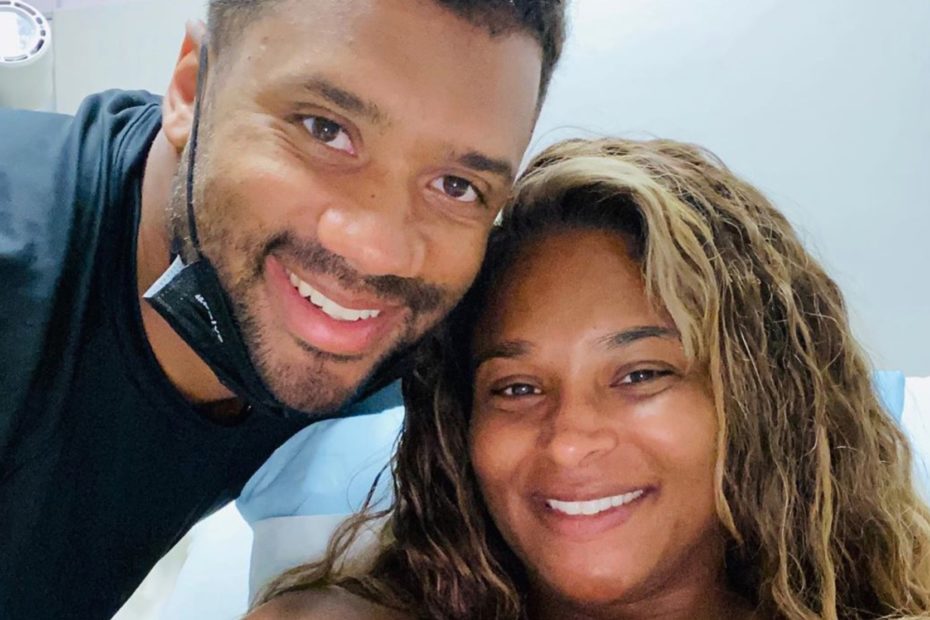 Shortly after talking about his concern that he may not be allowed in the delivery room with his wife while she gave birth to their son, Seattle Seahawks quarterback Russell Wilson is revealing that he did get to witness his son’s birth.

On July 23, Wilson and Ciara welcomed their second child into the world. A baby boy who they named Win Harrison Wilson. He weighed 8 pounds, 1 ounce, and joins their daughter, Sienna, and Ciara’s oldest son from a previous relationship, Future.

The following day, both Wilson and Ciara took to Instagram to introduce their son to their followers and fans. “Happy Birthday, WIN!!! Mommy & Daddy Love You,” the dad of three wrote.

The proud father then revealed his son’s full name, which honors his late father, Harrison Wilson, who passed away in 2010 due to diabetes complications. “Love you so much, honey. We did it, baby,” Ciara commented under her husband’s Instagram post. “So grateful for our baby boy. WIN is a blessing. He looks just like you. Daddy’s baby, Mommy’s maybe.”

RELATED: Russell Fears That the Start of the NFL Season Will Keep Him From Being Inside the Delivery Room When His Wife Gives Birth

While talking with Joel McHale, who was filling in for Jimmy Kimmel, on national television, Wilson was asked if he would be able to be in the delivery room with Ciara as they welcome their son into the world. “That’s what we don’t know,” he told McHale. “That’s kind of the crazy part of it. I hope so. Obviously, COVID’s been such a crazy thing right now and the pandemic and everything else.”

Luckily that wasn’t the case as their pictures and videos revealed. Congratulations to Russell and Ciara!