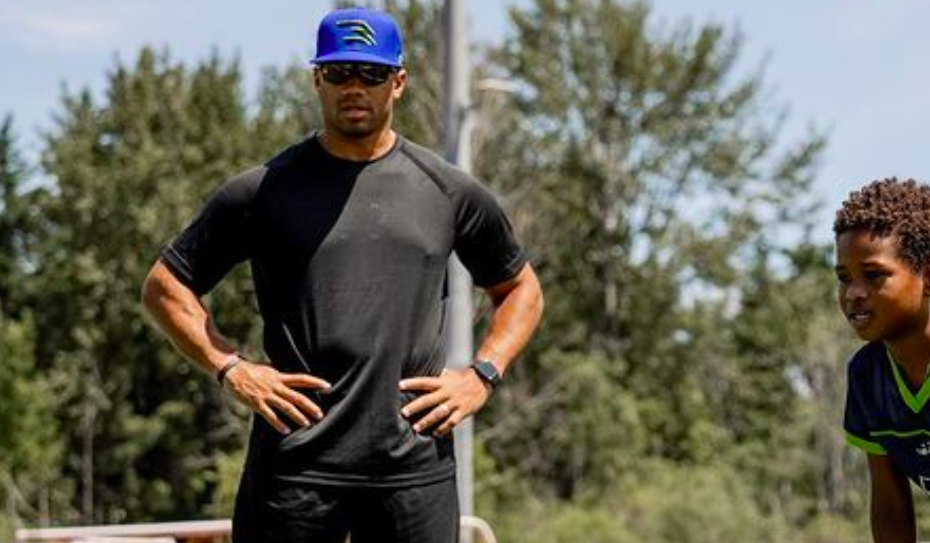 Russell Wilson and the Seattle Seahawks are in the off-season preparing for the upcoming NFL regular season.

But before that, throwing to NFL Seahawks receivers and tight ends and throwing that helmet on, Wilson threw the baseball cap on and coached a Seahawks youth flag football team.

On that team is Russell’s stepson, Future (per GQ’s Zach Baron).

And it looks like Future’s got a bright future in the sport his stepdad excels in.

Here’s a touchdown Russell coached while Future took it to the house:

That right there is more than a 40-yard touchdown run! Sign this dude up for that 40-yard dash at the combine.

The comments were here for this.

When it comes to NFL Seattle Seahawks football, Wilson’s got you covered:

“…Playing on this team means a lot to me,” Wilson said in an OTA press conference recently. “Winning means everything to me. And I think that’s the heart of hearts. And everybody on my team…in the locker room, they all know that about me is that I’m going to do whatever it takes to win and try to find a way to win every play, every moment, every second…that’s just in my blood.”

Winning’s in his blood as he literally named his son, Win. All he does is win. All he wants to do is win. And that is evident from having a winning record as the Seattle Seahawks quarterback each season since 2012. Wilson’s never had a losing record season in the NFL, has won a Super Bowl, and been in seven Pro Bowls.

Whether that’s as the Seahawks quarterback or a Seahawks flag football team coach, count on the Wilson’s to…win.