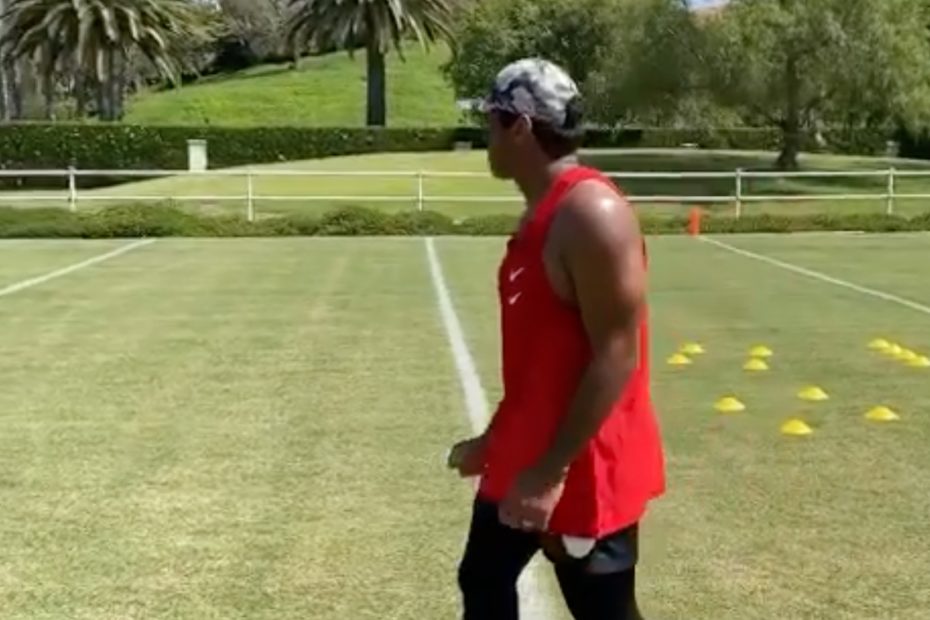 Russell Wilson is a man on a mission. Not only is he having an MVP-caliber season so far in 2020, but he’s also a good teammate, he volunteers a lot at a local children’s hospital with his wife, Ciara, he gives back to the community, donated a lot of his money to those in need especially during this pandemic, and he takes really good care of his body every single day to make sure he has a long career.

With the pandemic at hand, the world, including the world of sports, was left to figure out how best to deal with it. That also means athletes like Wilson were left to figure out how to stay in tiptop shape without being allowed to have a typical offseason. That was something the Seattle Seahawks quarterback talked about on The Bill Simmons Podcast.

And in true Russ fashion, he admitted that he did what he could to stay ready. Pandemic or not, working on his craft and taking care of his body is a 365-day process. Sometimes 363 days if he takes Christmas or Thanksgiving off but even then he may still put in some work to keep his body in tip-top shape.

“This sounds like LeBron, you went full LeBron on us,” Simmons joked. The quarterback talked about him having this type of team around for about the last five to six years.

Wilson said if he feels good, he’ll be able to play good and that’s why he’s able to take the field every time. “I probably spend $1 million if not more, a year, just on recovery,” he admitted on Simmons’ podcast, per TMZ. Wow!

Wilson also talked about the Seahawks being Super Bowl contenders this year. “I think we got a chance this year, we just got to stay the course. This whole COVID thing changes a lot of things in terms of your worries, you have to really take care of yourself,” Wilson said. “You never know when things are going to change, you don’t know if they’re going to shorten the season, so every game’s a championship moment. We’ve always said that but it really is this year.”