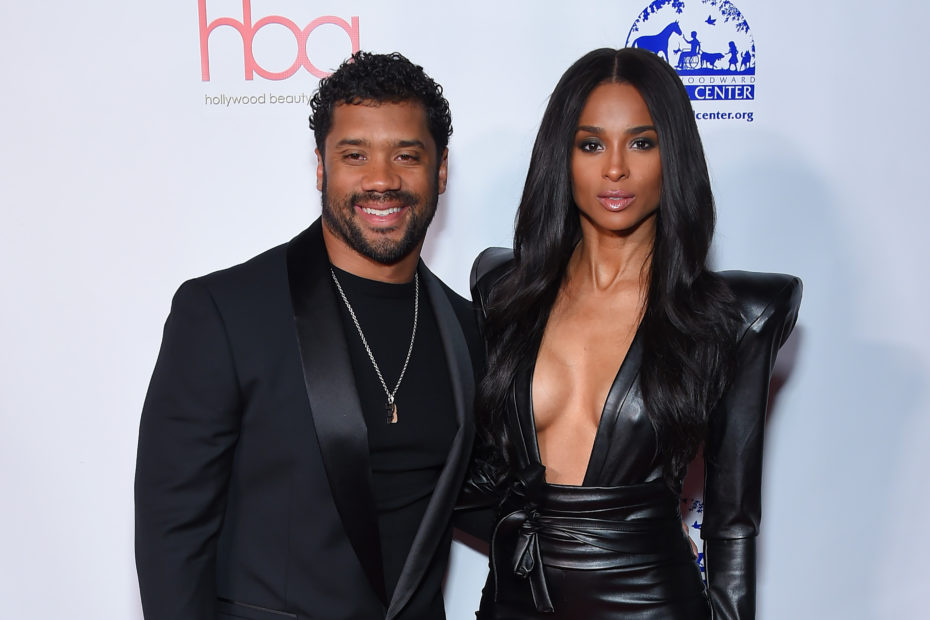 Russell Wilson, 33, Discusses the Line That Made His Wife Fall in Love

NFL player Russell Wilson recently opened up about the pickup line that grabbed the attention of his now-wife, pop singer Ciara.

The athlete, who is the current quarterback for the Denver Broncos, recalled the day he met his wife. While they had been talking for hours, the 33-year-old revealed that the real factor that won Ciara over was when he drew a symbolic interpretation of his wallet.

Explaining that at the time he had a relatively old and worn down wallet, Wilson was able to make a connection between how his wallet is reflective of himself in a positive way. “First day we met — and we had been talking for two-and-a-half hours, hanging out — she saw the wallet, sitting on the table. She said, ‘What the hell is that? You’re losing with that,’” he recalled, relaying what his wife had first said to him.

However, he was able to turn her roast into a toast in a quick string of words. Wilson expressed, “I put my finger [up] and said, ‘First of all, with me, you’re never losing.’ “

The couple married in 2016 and share two children together. And, as Wilson makes the transition from Seattle Seahawks quarterback to the leader of the Denver Broncos, he is happy to have a loving and supportive family to back him up. According to PEOPLE, he has no plans of slowing down his football career in the near future.

“My goal is to play 10 or 12 more years and hopefully win three, four more Super Bowls, that’s the plan,” he reported. “That’s the mindset. That’s why I came here, to finish my career here and hopefully finish on top as a champion. And do it multiple times.”

While 10+ years is certainly a commitment, Wilson seems up for the challenge. In March, the NFL player was also consistent about his desire to continue in the league for another decade.

“It’s a process. It’s a lifestyle. I think that when you’re trying to play as long as I’m trying to play — I’m trying to play to 45, 12 more years — for me, the mentality, the focus level, everything that you have to do has to be surrounded on that,” he said on Jimmy Kimmel Live! “It’s been an amazing journey for me so far.”