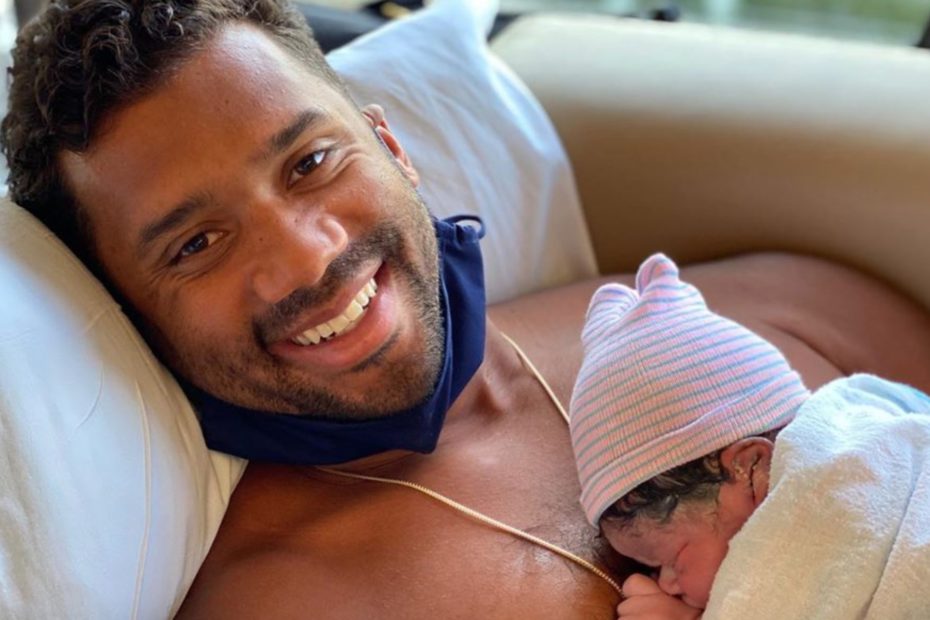 On July 23, Russell Wilson and Ciara welcomed their second child into the world, who they named Win Harrison Wilson. At birth, he weighed 8 pounds, 1 ounce.

Win joins Wilson and Ciara’s 3-year-old daughter, Sienna, and Ciara’s oldest son from a previous relationship, Future, 6. The day after his birth, the quarterback for the Seattle Seahawks and the pop star took to Instagram to announce the big news.

However, the proud parents didn’t share a picture of Win’s adorable face until a couple of days after his birth. On July 25, Ciara shared a cute photo of Win while he slept.

And people think Win is his daddy’s twin. “Omg!! Lil Russell…..he’s adorable!! Congrats to the lovely couple. Russ and Ciara,” one commenter wrote.

“GURL!…. He looks just like his Daddy, what a bundle of happiness in these times. My God continue to bless you and your family,” another fan added.

Wilson and Ciara are now back at home with their baby boy and reunited with their two other little ones. In celebration of being a family of five, the parents threw their little ones an ice cream party and decorated their foyer with balloons.

RELATED: Russell Wilson and Ciara Introduce Their Infant Son for the First Time Just Before the Start of NFL Season

Win Harrison is named after Wilson’s late father, Harrison, who passed away in 2009. And it’s clear by the smiles that haven’t their faces since Win’s arrival that they are smitten with their little boy.

Despite COVID, Wilson was able to be in the delivery room with Ciara while she gave birth. It was something the quarterback was worried about due to the global pandemic still looming over the United States. Congratulations to the Wilson family.