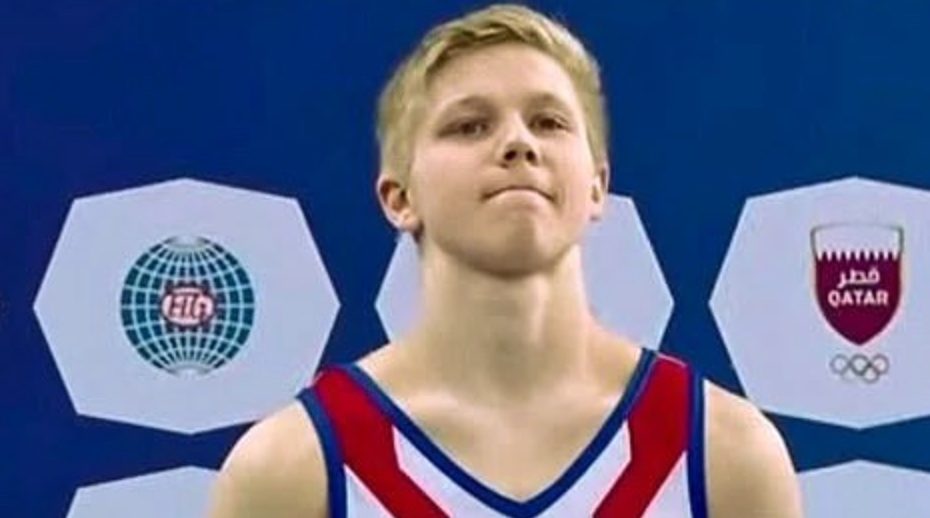 Russian gymnast Ivan Kuliak is under investigation after he appeared at the World Cup event in Qatar wearing a pro-war symbol taped to his leotard.

When the 20-year-old took to the podium alongside a Ukrainian athlete, he had the symbol “Z” taped to his vest. The letter has been widely used by Russian military forces and is largely considered to be a symbol used by those who support Putin’s advancing invasion of Ukraine.

CNN reported that “The ‘Z’ insignia has been displayed on tanks and vehicles used by the Russian military in its Ukraine operations and has since become a symbol of support for the invasion of Ukraine.”

Kuliak was able to compete in Qatar because the ban of Russian athletes did not go into effect until the beginning of this week and the World Cup competition occurred over the weekend. He finished in third place, Ukraine’s Illia Kovtun earning the highest placing score.

After facing criticism across the world, the International Gymnastics Federation requested an independent investigation be conducted in regards to Kuliak and even called his decision to wear the symbol “shocking behavior.”

“The International Gymnastics Federation (FIG) confirms that it will ask the Gymnastics Ethics Foundation to open disciplinary proceedings against Ivan Kuliak following his shocking behavior at the Apparatus World Cup in Doha, Qatar,” the organization shared in a statement.

Despite open opposition to the usage of the symbol, the gymnast relayed that he has no regrets about wearing the “Z”.

“If there was a second chance and I would again have to choose whether to go out with the letter ‘Z’ on my chest or not, I would do exactly the same,” Kuliak shared with Russian reporters, according to CNN.

The gymnast went on to explain that he views the symbol as a representation of peace and wearing it promotes the general welfare of those involved with the conflict.

“I saw it with our military and looked at what this symbol means. It turned out [it means], ‘for victory’ and ‘for peace,’” he explained. He added the sentiments, “I didn’t wish anything bad on anyone, I just showed my position. As an athlete, I will always fight for victory and stand for peace.”