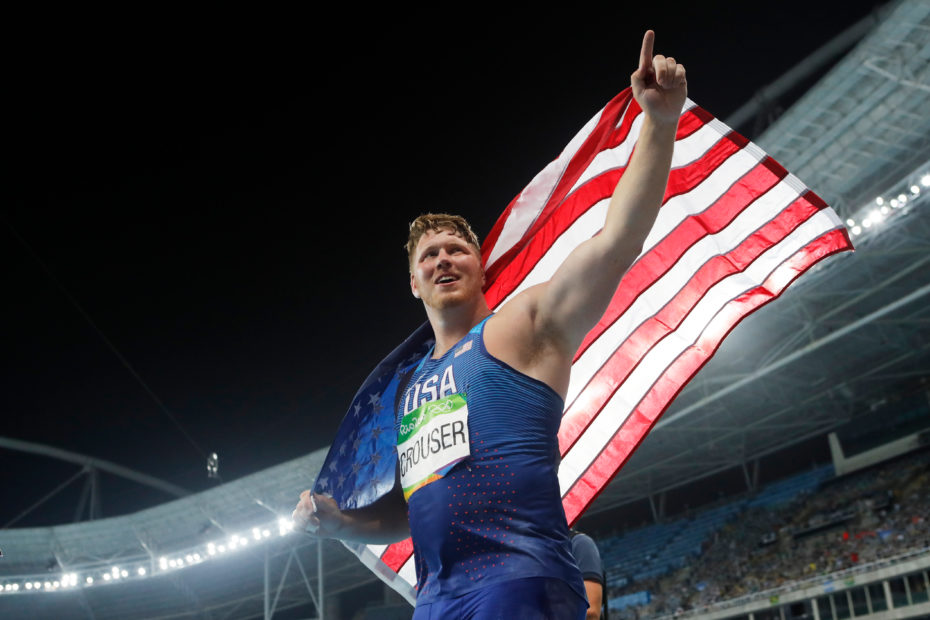 Ryan Crouser’s Amazing 2020 Olympic Performance is Dedicated to His Late Grandfather: ‘He’s Been My Biggest Fan’

Shot put legend, Ryan Crouser, has just won his second Olympic gold medal and dedicated the incredible win to his recently deceased grandfather. In the midst of his win and record-breaking 23.30m shot, the Portland native was seen wrapping himself in an American flag and holding up a handwritten note that reads, “Grandpa, we did it. 2020 Olympic champion!”

Crouser’s grandfather, Larry, was a United States veteran and unfortunately passed away a day before his grandson left for Tokyo.

The 28-year-old Olympian implied that it was important to give his gratitude to his grandfather, as Larry was an inspiration that impacted the future of Crouser’s career. In fact, the athlete even threw his first shot as a middle schooler in his grandpa’s backyard.

The last time Crouser was able to see his grandfather was in June and they spent over a year and a half apart due to the pandemic. During their last meeting, Larry’s grandson promised that he would come back home as an Olympic record-setter. Needless to say, Ryan didn’t disappoint.

Ryan Crouser says his grandfather would be proud

“He’s had a huge role in my throwing career and so to lose him the week before the Olympics was obviously sad but I feel like he was able to be here in spirit,” Ryan stated to reporters, according to People. “I held up the note because, at the end, he had lost his hearing and so I would write whatever I wanted to say to him and he would read it and answer back.”

He additionally included, “He’s been my biggest fan. So I felt like that was the last note that I wanted to write to him that I didn’t get the chance to but I felt like he was with me here in spirit and I know he’d be proud if he was here.”

Crouser acknowledged the positivity that his grandfather radiated, claiming that he never saw Larry in a bad mood. “He was a huge part of our family and he had a lot of health issues towards the end, but the one thing is you never saw him in a bad mood,” the Olympic athlete explained.

“He was always happy and always so supportive of everyone in the family. He really instilled that in me and it’s not so much where you end up, it’s how you get there and enjoying the process of getting there.”