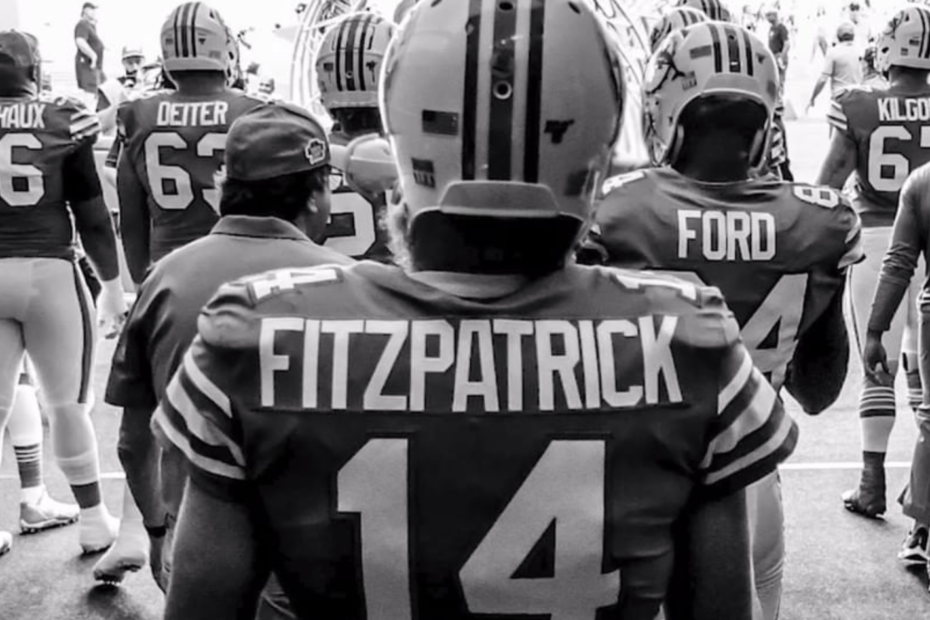 The Miami Dolphins are entering the 2020 seasons with two main quarterbacks, veteran Ryan Fitzpatrick, and rookie first-round draft pick, Tua Tagovailoa. There is a possibility that Tua will start game one or start later in the season, but whatever the outcome is, Fitzpatrick will be fine with it.

Ryan Fitzpatrick knows his role on the Dolphins is one of mentorship, not performance. In an interview with ESPN, he said “I don’t know how much time it will be before Tua will be in the lineup. I know that I am the placeholder. Whenever it is that Tua gets his chance whether it’s early or late, I’m going to be his biggest cheerleader.”

Fitzpatrick is entering his 16th season in the league and has had plenty of time to carry a team and to start games, however now is Tua’s time, not his. Fitzpatrick is a great teammate, who brings energy and joy to the team, if not on-field performance. However, he did lead the Dolphins to a 5-4 record at the end of last year.

Fitzpatrick said that he is going to “make people tell me to shut up” because of all of the knowledge that he will spew on the rookies, namely Tua. He also acknowledges that rookies will be more disadvantaged this year than usual because they missed so much preseason training.

And as for his relationship with Tua, Ryan Fitzpatrick says it’s going great: “he is a very interesting guy, but there’s not a whole lot of ego about him, so far its been really fun [playing alongside him.]”