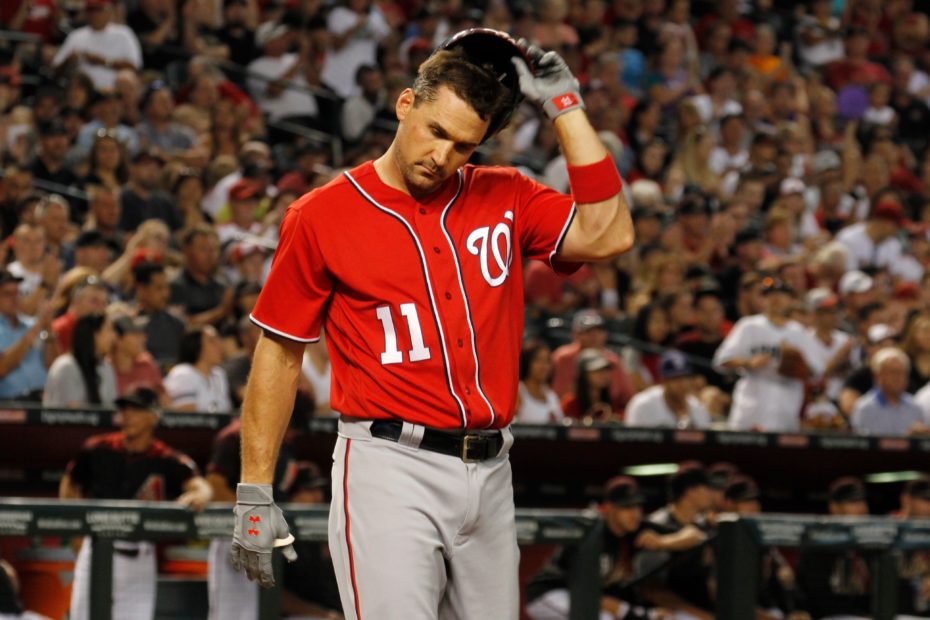 Ryan Zimmerman Retires From MLB After 16 Seasons With Nationals

Ryan Zimmerman, a longtime staple of the Washington Nationals’ franchise, announced his retirement from baseball on Tuesday in a social media post shared by CAA Baseball. He spent his entire 16-season career with the franchise, which spanned from 2005 up until 2021.

Zimmerman was also a two-time All-Star, two-time Silver Slugger winner, and one-time Gold Glove winner, but perhaps his greatest accomplishment with the Nats came in 2019 when he helped lead the franchise to their first NL pennant and first-ever World Series Championship.

RELATED: Remembering the Sports Legends We Lost in 2021

He would play in 16 playoff games during that 2019 postseason run, tallying 14 hits on 55 at-bats (.255) for two home runs, seven runs batted in, and five runs scored. Winning a title is a moment he will never forget, but it’s also one that the entire fanbase will remember forever.

His retirement letter began with the words, “Thank you, D.C.” and was signed by “Employee No. 11” – the number he wore for 16 seasons. That number has been through a lot since becoming the first player drafted by the Capitals in 2005 (the team was previously the Montreal Expos).

“We have won together, lost together, and, honestly, grown up together,” Zimmerman wrote in his farewell letter on Twitter. “Through all of the achievements and the failures you always supported me, and for that, I will forever be grateful.” It’s safe to say the city will continue supporting him.

Ryan Zimmerman Walks Off into the Sunset

Ryan Zimmerman had quite a storied career with the Nationals. While he was never the best player in the league, he was as consistent as they come and a proven leader in the locker room. He had the respect of everyone, including teammates, coaches, front office, and the fans.

He finished his career with multiple franchise records, including most games played in a Nationals/Expos’ jersey, most hits, most home runs, most doubles, most runs batted in, most runs scored, and most total bases. His .277/.341/.475 slash line and .816 OPS are admirable.

His final season with the Nationals was a little disappointing as the team finished with a 65-97 record – last place in their division. He had a .243 batting average, 14 home runs, 16 doubles, 46 runs batted in, and 27 runs scored in his final season. Not bad for a 36-year-old veteran.

YOU MAY ALSO LIKE: 20 of the Best Sports Tattoos You’ll Ever See

As he embarks on a new journey after baseball, we wish Ryan Zimmerman the best of luck in his endeavors moving forward. He’s one of the greatest teammates of his generation and will be remembered as such. Cheers to you, your family, and to whatever else life has in store for you!