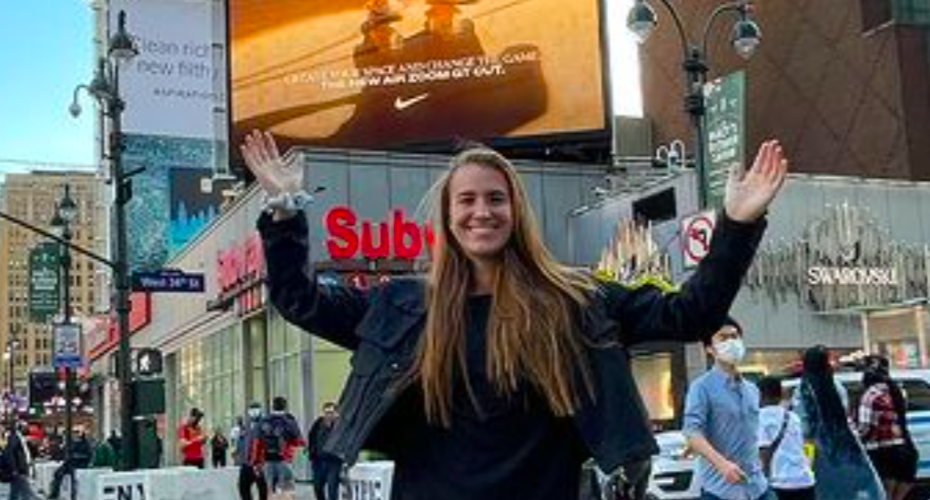 It was May 14th and the season opener for the Indiana Fever and New York Liberty.

RELATED: You Have To See This Story Of How Sabrina Ionescu’s Dad Was Uber Driving And Told A Passenger ‘She Is Not Good. She Is The BEST’ Before Sabrina Went To Oregon Then Turned Pro

That’d be fitting as the game would go down to the wire.

And with it being the first regular season game, you may not know who to give the ball to down the stretch if you still need to figure out your team and how they respond to crucial game situations throughout at least a few games into a season.

Ionescu knows a thing or two about scoring so good call on the Liberty to take the liberty in getting the ball in her hands.

Score’s tied at 87 with just over :5 seconds left on the clock. Ionescu takes the ball out, throws it in to Kylie Shook. Shook gives it back to Ionescu, Shook sets a screen, Ionescu sinks the three-pointer.

The Liberty hold on to win their first game of the season, 90-87.

On top of that game winner, as the WNBA listed, she had a total of 25 points, 11 assists, and six boards.

True to the Nike shoes she uses which were designed for ‘space makers’ on the court, Sabrina utilized the space she had and made the game-winning shot.

A Nike “team met with…Ionescu to gather insights about what she’d like to see in an on-court shoe” according to Nike.

Sabrina said, “I’m (giving up) speed for comfort, and there’s nothing out there for me” per Nike.

“Sabrina’s insights gave us a sharp objective to problem solve around that will push our footwear to new & unexpected levels,” Bryant Klug, Nike basketball designer, said per Nike.