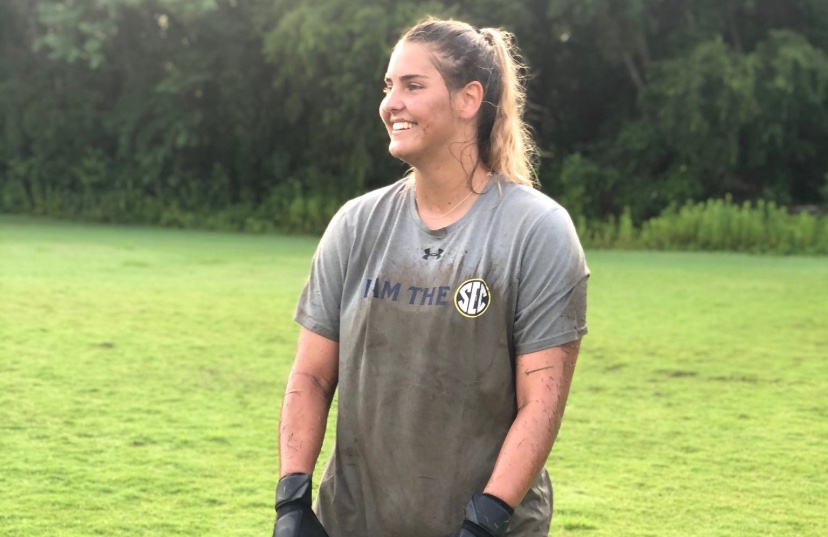 Nashville-based college, Vanderbilt University, welcomed Sarah Fuller to their football team. Not only did she make history as the first-ever woman to kick-off at the Power 5 level, but she was the first woman to score a point as well.

When asked how she felt to be at the forefront of this amazing milestone, Fuller explained that she felt honored. “Honestly, it’s just so exciting. The fact that I can represent the little girls out there that wanted to do this, or thought about playing football, or any sport really. It encourages them to step out and do something big like this. It’s awesome,” the NCAA star stated.

RELATED: L.A. Dodgers Ballgirl Has an Incredible Catch and Saves a Fan and His Beer From a Ball Traveling at 108 MPH

Fuller’s football career comes to an end, but she’s still an NCAA athlete.

Just before the Christmas of 2020, Sarah Fuller announced that her short-lived career in college football was likely coming to a close. Despite her historical ranks in the world of football, she would be continuing her involvement with college sports, but with a focus on soccer.

The student-athlete took to Twitter to share the sentiments, “It looks like my time as a football player has come to an end. I would like to personally thank the entire Vanderbilt football team, coaches, and support staff for this amazing opportunity to be part of this program,” and went on to explain that her team accepted her with open arms.

“I was accepted as an athlete and a true member of this team. This is an experience that I will never forget and cherish forever. Good luck to the seniors and staff who are moving on to new adventures. My best wishes to the team as this program moves forward and continues to grow.”

Although she will primarily be focused on soccer in her upcoming years, Fuller told Yahoo! Sports that she would gladly participate in any kick-offs if she was given the opportunity. They wrote, “After that, Fuller plans to transfer to North Texas. She’s planning on playing two more years of soccer and has no designs to play football. She told Yahoo Sports recently that her passion remains in soccer, but she said that if North Texas ever needed her in a pinch, she’d gladly step up.”

The North Texas athletic director Wren Baker even offered, “We’ve watched with admiration and great respect how Sarah has handled herself in making history at Vanderbilt,” and additionally said, “We look forward to welcoming her to the Mean Green family and helping her extend her platform. I know she’s a role model for lots of people in the country, particularly young female athletes.”