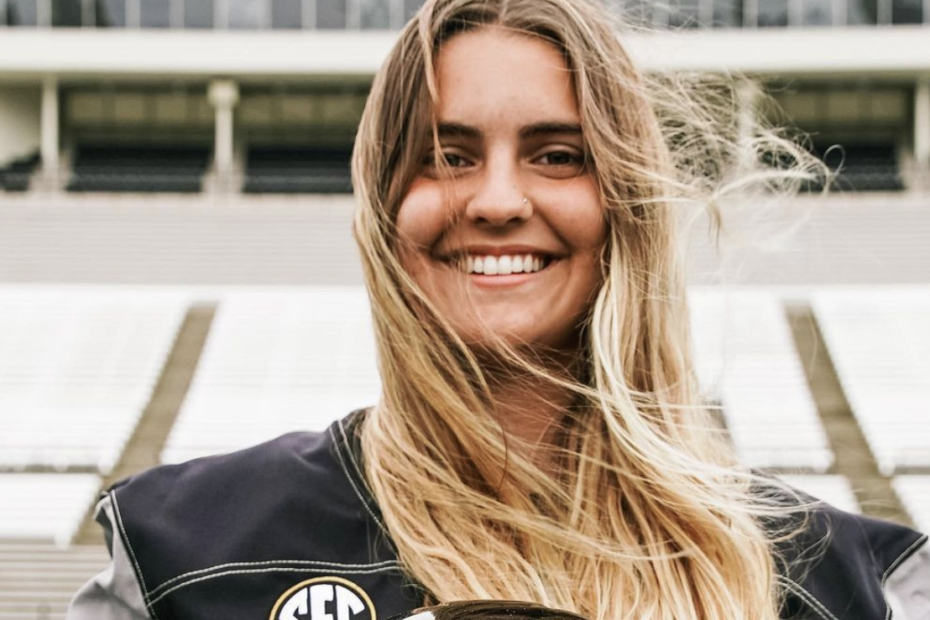 Vanderbilt goalkeeper, Sarah Fuller, made history this Saturday when she became the third woman to play in an NCAA game and the first woman in NCAA history to start in a Power 5 (Big 10, Big 12, SEC, ACC, or Pac-12) conference game.

After the Commodores’ kicker opted out for the season, they turned to senior, Sarah Fuller. Fuller along with the rest of Vanderbilt’s Women’s Soccer Team won the Southeastern Conference Championship on November 22 in a 3-1 upset over the 1-seeded Arkansas. Less than one week later, Fuller would be the starting placekicker for the Commodores in their game against the Missouri Tigers.

On Friday, Fuller said on her Twitter, “Let’s make history.” Fuller also announced prior to the game that she would be wearing the phrase, “Play Like a Girl,” on the back of her helmet in support of Play Like A Girl!, a nonprofit that encourages girls to play sports and to get exposure in STEM opportunities.

While there was much excitement leading up to the game, Fuller only saw the field once in the entire game. Vanderbilt’s offense was atrocious against the Missouri defense, recording only 185 total yards and never getting farther down the field than the Tiger’s 32-yard line.

RELATED: Penn State Head Football Coach James Franklin Faces Allegations Against Him For ‘Hazing,’ Telling Player ‘Not To Report A Fight To Police’

The only time Fuller saw the field was the opening kickoff of the second half. Fuller’s kick was a “mortar kick” which is used to avoid kicking the ball to a dangerous returner. The kick went thirty yards and was quickly downed by the Tigers at their 35-yard line.

The Commodores would go on to get shut out 41-0 by the Tigers, but much more significant was the history they made.

In a post-game interview, Fuller stated, “I just want to tell all the girls out there that you can do anything you set your mind to.”

Congratulations to Sarah, and may her achievement be a sign for more women in football to come.