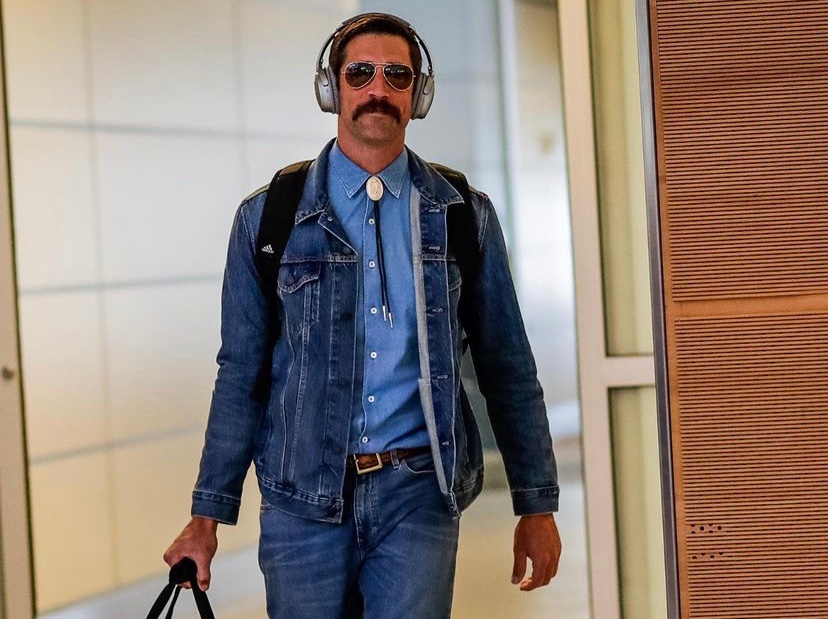 It has been well established that the Green Bay Packers quarterback Aaron Rodgers is not vaccinated against COVID-19, despite his claims in August that he had been immunized.

Upon facing harsh scrutiny for being deceitful, it was only a matter of time before NBC’s Saturday Night Live gave their take on the situation.

The sketch begins with Cecily Strong playing the role of Fox News correspondent, Jeanine Pirro, who goes on to discuss the implications of being vaccinated, which correlates to a “zombie army”.

Giving a warm welcome to Aaron Rodgers, who was played by 27-year-old Pete Davidson, Strong hilariously exclaimed, “Our first guest is an American brave enough to stand up and say, ‘Screw you, science! I know Joe Rogan!'”

RELATED: Aaron Rodgers Is Outraged Over the Public’s Response to His COVID-19 Vaccination Status

“Now Aaron, you’re not vaccinated. So what?! Who the hell cares? It’s your body, your choice. And please never use that quote for any other issues,” Strong started, immediately poking fun at Fox News. Then, Davidson went on to quote Rodgers’ use of the phrase ‘woke mob’ and stated, “Exactly! It’s my body and my covid. I can give it to whoever I want. But, suddenly the woke mob is coming after me.”

The comedian, who was posing as the quarterback, then dropped a joke that referenced Rodgers’ partnership with State Farm, “It’s gotten so bad that State Farm called and they’re not even offering me the Rodgers rate.”

However, the jokes did not end there. Similar to real life, Davidson used the words of Rodgers to mimic his claims that he never lied about his vaccination status. In a light heartened manner, the ‘quarterback’ joked, “I never lied. I took all my teammates into a huddle, got all their faces three inches away from my wet mouth, and told them, ‘Trust me. I’m more or less immunized. Go, team!'”

The sketch is a take on Rodgers’ appearance on The Pat McAfee Show, where the NFL star discussed his vaccination status and the public’s response to his stance. “First of all, I didn’t lie in the initial press conference,” the 37-year-old opened.

He commented, “It was the truth, and I’ll get into the whole immunization in a second. But had there been a follow-up to my statement that I’ve been immunized, I would have responded with this: I would have said, ‘Look, I’m not some sort of anti-vax, flat-Earther. I am somebody who’s a critical thinker.’”