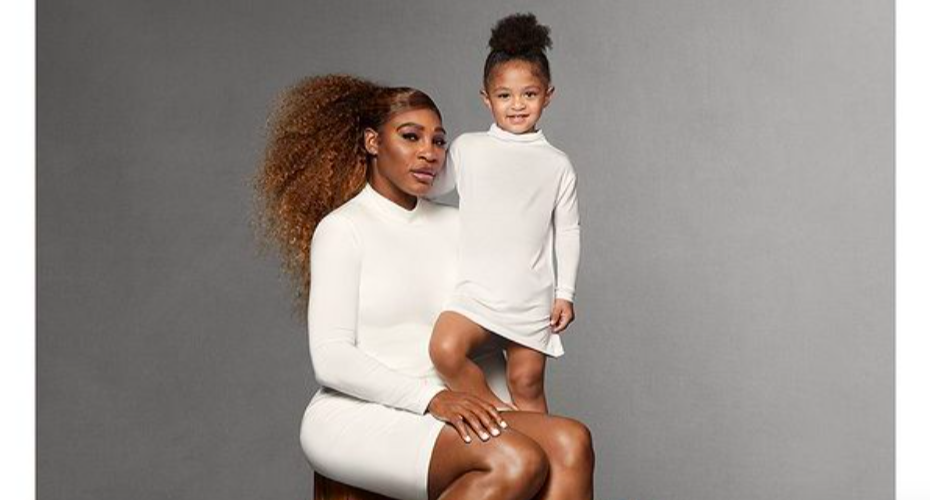 Serena Williams, obviously, is known for her tennis game, as she has become one of the best tennis players to ever pick up a racket. Period.

She also has been known for her fashion-sense and style on the court, as well.

Off the court, she’s brought along a special someone to be her doubles partner this time in a campaign shoot.

Williams: “I love that it’s called #FootstepstoFollow because she inspires every step I take and I hope I inspire her, too…”

“I’m so happy to be starring in the new @stuartweitzmanSpring 2021 campaign with @olympiaohanian, my mini-me, my mini-Serena,” Williams said in an Instagram post. “I love that it’s called #FootstepstoFollow because she inspires every step I take and I hope I inspire her, too. Because while I try to teach her how to be a positive influence, she in fact teaches me how to be a stronger person every day. It’s the best part about being a mom..”

Serena also said in another Instagram post: “I guess a love of shoes runs in the family!”.

Could tennis run in the family, as well? It obviously does with Serena’s sister, Venus. But, no matter if Olympia decides to follow in her mother’s footsteps tennis-wise or goes in another direction, we’re sure she’ll do great things no matter what endeavor she chooses. In the meantime, the mother-daughter duo seemingly are having some great bonding time on-and-off the tennis court.

The Stuart Wetizman company was excited to have this mother and daughter team for their campaign.

The fashion campaign on the site listed the titles of:

Underneath the “Shoes to Fill”, it stated: “Our new essentials, including the NORAH bootie, are designed for the modern, multi-faceted woman”.

Serena was excited, herself, to be on set with her daughter for this prestigious shoe company’s campaign.

“Being on set with Olympia to shoot the @stuartweitzmanSpring 2021 Campaign
meant so much to me, and it is a moment together I will never forget,” Williams said in an Instagram post. “She’s so cute and so fun. See more at stuartweitzman.com. @olympiaohanian#footstepstofollow #swspring2021#swwomen”.