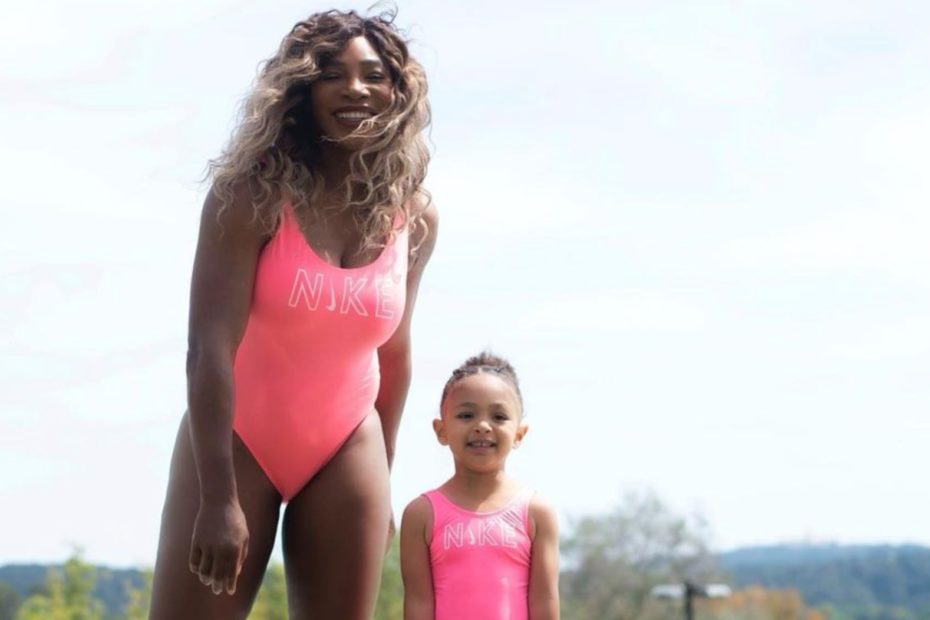 They are simply two peas in a pod! When it comes to dynamic duos in sports, you might think of Tom Brady and Rob Gronkowski, John McEnroe and Peter Fleming, Kobe Bryant and Shaquille O’Neal, or you may be even be thinking Serena and Venus Williams.

But when it comes to Serena Williams and her mini-me, her daughter Olympia, there is really nothing better. Recently, Serena shared a photo of her and her little one on the set of one of her photoshoots for her self-titled brand, Serena.

Seriously how cute are Serena Williams and Olympia?

As Serena revealed, Olympia wasn’t necessarily supposed to be involved in this particular shoot. But as the tennis star is quickly learning, Olympia is good at stealing a show.

And that is exactly what the 3-year-old did while watching her mom model. And the best part is, is that Olympia was already camera ready while wearing her princess dress!

“I was at a @serena photoshoot and Olympia decided to jump in, she said she wanted to take pictures. She of course already had her princess dress on,” Serena wrote.

Just like the commenters had written, they are “the perfect duo.” “Olympia stays ready!” one commenter wrote. “You two are amazing and perfect,” another added.

RELATED: Serena Williams’ Daughter’s Doll, ‘Qai Qai’, Is All Over The Place

Serena has been back on the court after taking time off after the French Open to nurse an Achilles injury. She is expected to play at Wimbledon and a few other tournaments to prepare for the big tournament that takes place in June and July.

If you don’t remember, Olympia is also taking tennis lessons and may very well follow in her mother’s footsteps, after all, they are already two peas in a pod, so would this surprise anyone?