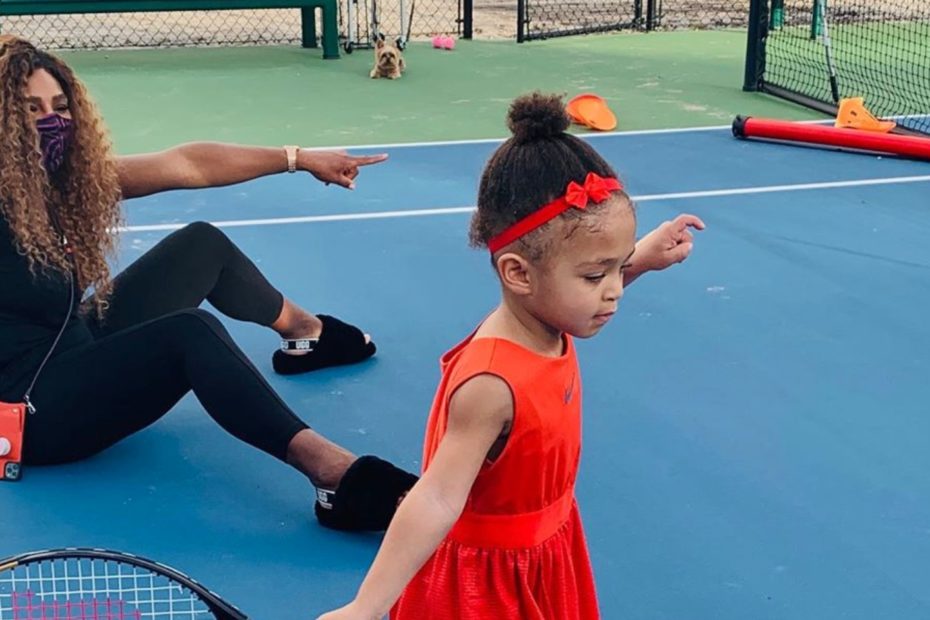 Yes, at the age of 3, Olympia became the youngest team owner in the history of sports. What were you doing at 3 years old? We’re guessing not that because we weren’t either.

Anyway, on Friday, Williams shared that she had hired a tennis instructor to help her young daughter learn the fundamentals of tennis. This can only be seen as a step taken to find out whether or not Olympia will be the sport’s next big star.

According to People, Williams also revealed why she decided to hire an instructor rather than teach Olympia herself. “I signed Olympia up for tennis lessons,” Williams began. “Don’t even start with me because I’m not giving her tennis lessons, I signed her up for some.”

“But the lady has no idea that it’s my daughter, so we’ll see how that goes,” the mom of one said with a smile. “I’m not a pushy mom, but I know how I like techniques, I want to make sure she’s good at teaching Olympia some techniques.”

Williams also revealed that she attempted to give her daughter a few basic tips prior to her lesson by sitting down and watching some film with her. People reported that Williams choose one of her previous U.S. Open matches.

“See that open stance there? Look at the speed, be fast,” she told her daughter.

In the end, Serena made the choice to just drop her daughter off and not stay so that Olympia wouldn’t be distracted. “I know how to leave and be, I’m not like an overprotective mom, no matter what Alexis says.”