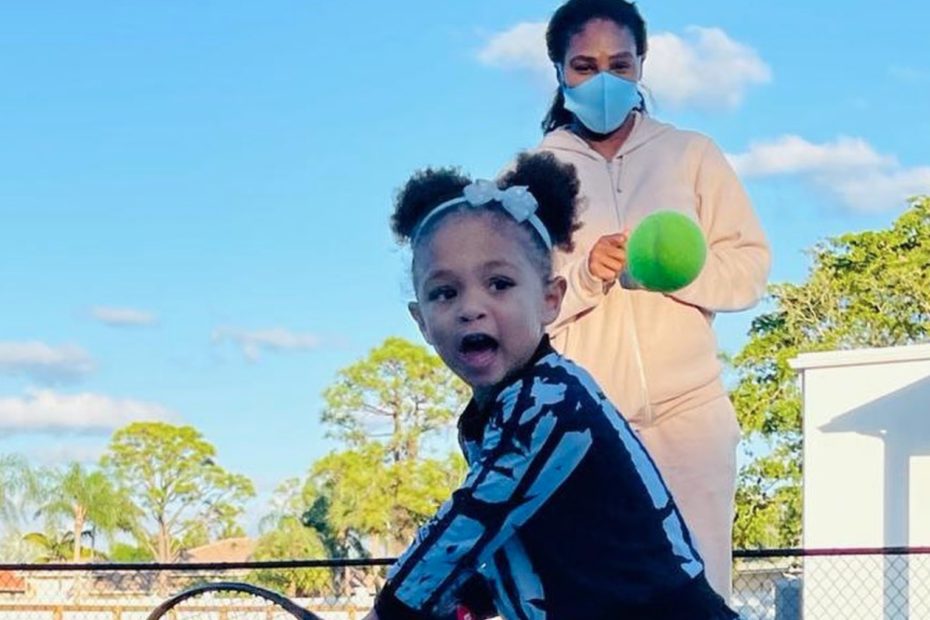 Serena Williams is one of the greatest tennis players of all time. The 23-time Grand Slam winner, of course, is also a mother to Olympia and wife to Alexis Ohanian.

Williams’ daughter was recently practicing with her mom and helping her out on the tennis court as Williams shared on Instagram, calling her daughter her “training partner”.

As Olympia got some practice reps next to her mama, she’s also learning from afar too, watching Serena on the tennis court.

“Jr. keeping an eye on mama,” Ohanina said in a Twitter post with Olympia looking on at her mother on a tennis court.

“I never thought I would let my daughter play tennis, but then during this pandemic, it was the only thing that we could do safely so I’m like, well, tennis it is…It’s all consuming…it’s stressful…it’s a lot of work…it’s a huge commitment, and it might be a little dab of pressure on her,” Williams said on The Late Show With Stephen Colbert as transcribed by Yahoo! Life.

Well, now Olympia is playing some tennis and let’s just say she’s in championship-type company in her family. So, if that’s the route she chooses to go, the tennis route, she’ll have plenty of tennis wisdom to get from her mama and Aunt (Venus).

But, we’re sure she’ll do great at whatever field she chooses with all that love and support from both her parents.