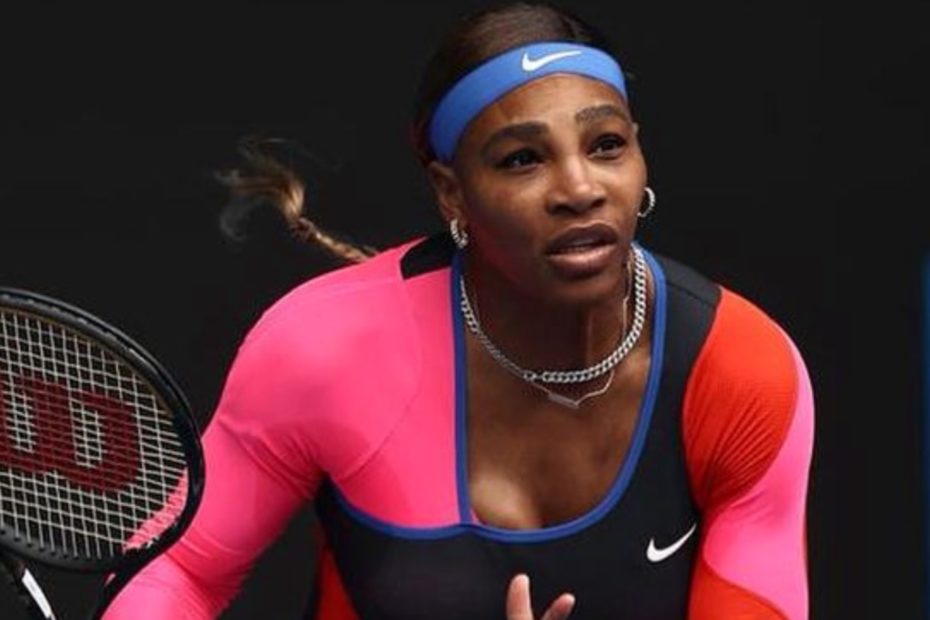 Seventy-three singles tennis wins, which include 23 Grand Slam singles wins. That’s a lot of trophies! You’d need a whole room for all that hardware, not to mention even more accolades and trophies from doubles wins and more.

RELATED: Tennis Star Serena Williams Wants Women and People of Color to Start Using Their Voices Because They Can

All Serena Williams does on the tennis court is win. So naturally, as you enter her trophy room, you’d expect a plethora of trophies after what’s been an accomplished career.

She does indeed have trophies but you have to see one of the first items she shows as recently, Architectural Digest visited Williams “new home with a trophy room & art gallery”.

“Here are some of my trophies and then some really cool pieces that really mean a lot to me, Wheaties box,” Williams said to Architectural Digest.

As you watch in the video, Williams when entering the trophy room said she doesn’t keep a lot of her Grand Slam trophies there.

But, then she notices one and Williams said: “I do see an Australian Open trophy, oh wait…there’s a US Open trophy. Okay, here’s one. Oh, that’s 2002…that was a while ago…this looks like one…there’s this one, let’s see, this is…Rolland Garros, the French Open. Clearly I don’t have a lot of those…only have two or three. I don’t even remember. Two. Three. Three.”

She also saw two Wimbledon trophies. Williams described the Wimbledon trophy and gave a history lesson on it, how the trophy grew in size compared to the first time she won Wimbledon.

“Lots of cool details and names, my sister’s (Venus) name is in here like six or seven times which is crazy,” Williams said. “Oh here’s another Wimbledon trophy…So this is what it was like when you first won Wimbledon, you got a small trophy. And then, it’d been like four or five years since I won Wimbledon and I understand they moved it to the bigger one.”

And when it comes to second place trophies:

“I see a second place trophy but I’m going to put that one in the trash, shouldn’t be in here, we don’t keep second place,” Williams said.