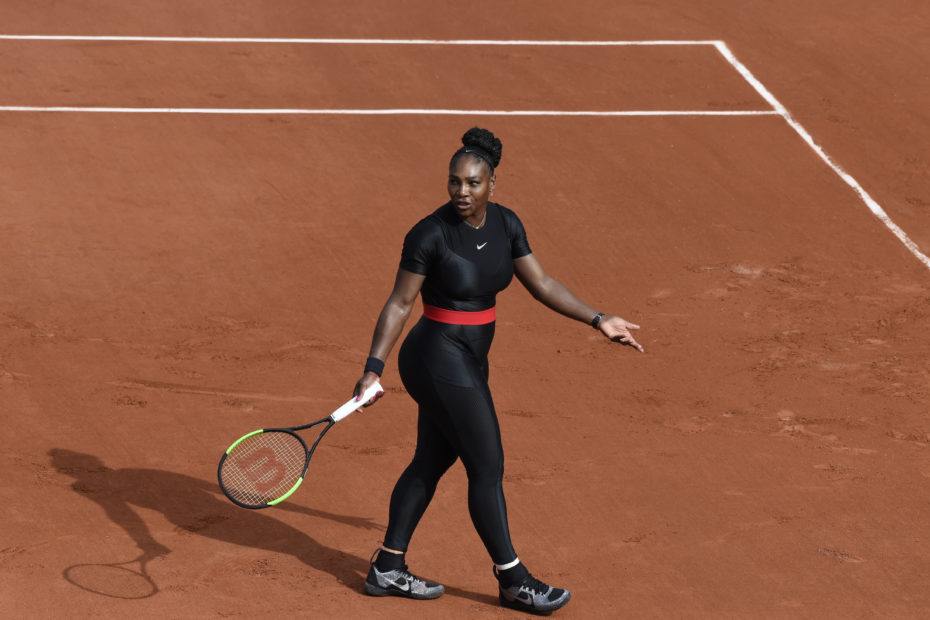 Serena Williams Shakes Off Her Rocky Start and Wins 1st Round at U.S. Open

Tennis legend Serena Williams is making sure the world knows that she is going out with a bang.

Weeks ago, the world-renowned announced that her professional tennis career is coming to a close following the 2022 U.S. Open. Although she had a shaky start at the beginning of the competition, she finally secured a win when she defeated Montenegro’s Danka Kovinic, 6-3, 6-3.

However, the 40-year-old mother is less concerned about winning and is prioritizing doing the best she can. “When I step on the court I have to do the best I can,” Williams explained, according to media outlet PEOPLE. “I feel so comfortable on this court in front of everyone here and I want to do my best.”

Gayle King, television personality for CBS Morning, was in the crowd and recognized that the tennis player was extremely focused during her match. “I think Serena said, ‘not today, not today,’ ” King shared.

The crowd was packed with celebrities and fans alike, most of whom were showcasing outward support for the tennis legend. Williams noted after the match that the atmosphere in the stadium was overwhelming and she wouldn’t have it any other way. “I could feel it in my chest. And it was a really good feeling,” she said of the roaring stadium.

Serena Williams’ career is coming to a close, but she isn’t happy about it

Last month, the athlete announced that she will be stepping away from her professional tennis career to focus on business endeavors and expanding her family. In her essay published in Vogue, Williams was open about the fact that retiring is an emotionally challenging decision.

“I’ve been reluctant to admit to myself or anyone else that I have to move on from playing tennis,” she wrote. “There is no happiness in this topic for me. I know it’s not the usual thing to say, but I feel a great deal of pain. It’s the hardest thing that I could ever imagine. I hate it. I hate that I have to be at this crossroads.”

In her post-match interview, she expressed similar sentiments to what she wrote in her retirement essay. Rather than relying on excitement for this new chapter in her life, she said that being on the court reinforced her passion for the sport.

“I absolutely love being out there,” Williams stated. “The more tournaments I play, the more I feel I can belong out there.”