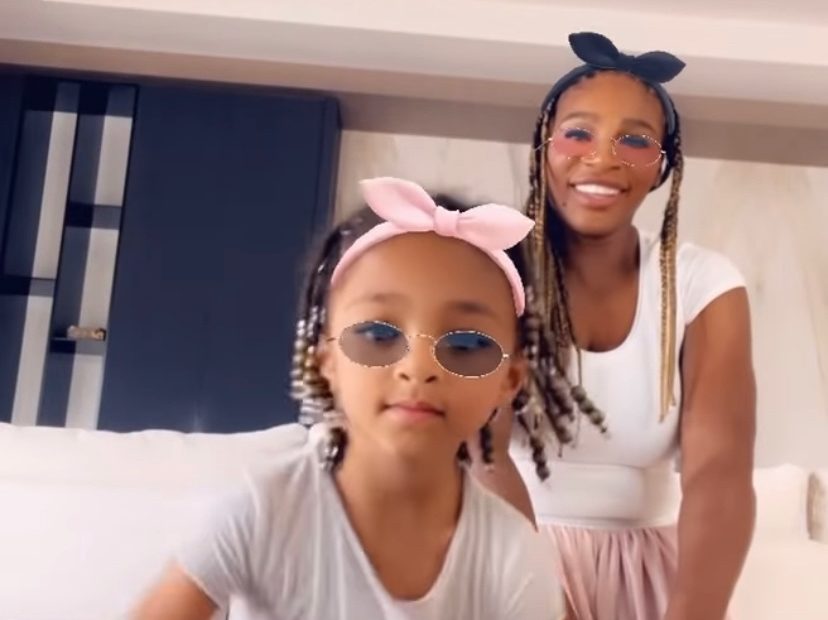 Tennis legend Serena Williams posted a video to her Instagram which captured a special moment between her and her 4-year-old daughter, Olympia Ohanian.

The 40-year-old tennis star sat behind her daughter, dressed in a matching pink ballerina outfit.

The twinning outfit consisted of a white top, a flowy pink skirt, sunglasses, headbands, and even the same braided hairstyle. The video showcases Olympia exercising her impressive dance moves and her mother happily cheering her on.

When the tiny dancer questioned why her mother wasn’t participating in the dance, Williams responded with a laugh and commented, “I don’t need to be in the camera. You got too much pizazz, girl.”

Although the video was only a few seconds long, it is clear the professional athlete is no stranger to dance parties in matching pink outfits. Indicating this is an ongoing occurrence, she captioned the post, “My morning 🤣 .”

Olympia is the product of both Williams and her husband Alexis Ohanian. The two welcomed their toddler into the world in September of 2017 and by November of 2017, the couple was married.

Since welcoming her daughter into the world, the 40-year-old mother has shared many heartwarming moments of her daughter with her fans. In fact, an important part of Olympia’s life is her famous doll Qai Qai, which has been well documented by Williams. Qai Qai is such a pillar in Olympia’s life that the tennis star is even writing a book about the doll.

“Qai Qai is a special member of our family and we hope The Adventures of Qai Qai will give others a new way to welcome Qai Qai into their own home,” she said in an interview with PEOPLE.

Ohanian also held similar sentiments to his daughter’s doll. The co-Reddit founder also told PEOPLE that he felt it was important “that Olympia had a Black baby doll” in order to promote diversity. While it is very common for dolls to only be one skin color, the Williams-Ohanian family hopes to break that cycle. Ohanian acknowledged the importance of the doll as a means to, “expose her to something that can hopefully break a cycle that we know exists.”

In addition, the legendary athlete explained that spending quality time with her daughter is immensely important. One of the activities the mother-daughter duo spend time doing together is reading books before bed. Williams shared, “Storytime is such an important pillar of our bedtime routine, like so many others around the world.”