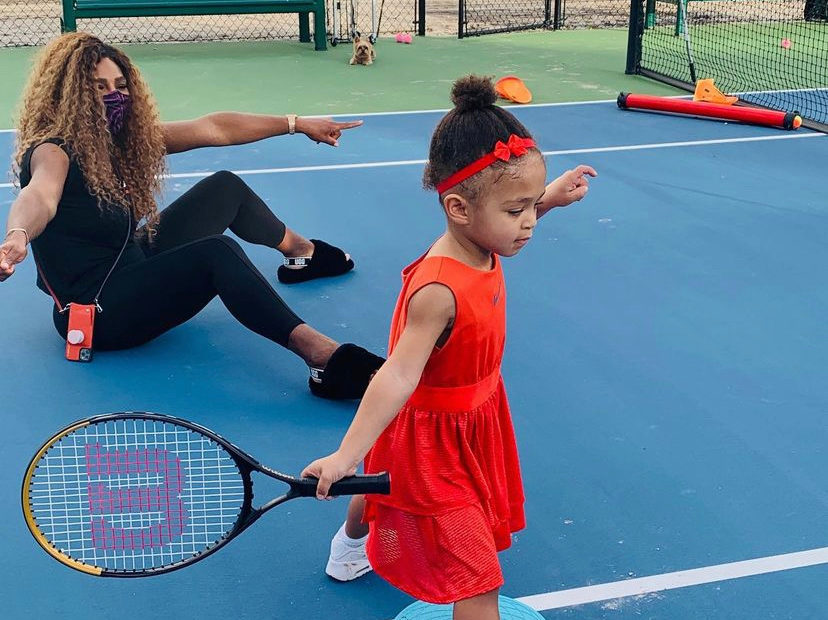 Tennis star Serena Williams recently appeared at the premiere of the movie King Richard, a story that details the journey she and her sister Venus experienced under the parental guide of their coach and father, Richard Williams.

Alongside her at the film’s premiere was her husband Alexis Ohanian and their 4-year-old daughter, Alexis Olympia. Not only was the happy family ecstatic to watch the film, but the mother-daughter duo also showed up in matching hours that complimented their incredible bond.

Decked out in rhinestone-covered black bodysuits, Williams explained that their fashion statements were designed by the famous David Koma. “I am wearing David Koma, I saw this look on the runway and I was like this is what I need to wear for the premiere,” the tennis star explained, according to PEOPLE.

However, the outfits were only the tip of the iceberg for the entire red carpet experience. Williams was very open about the importance of the film, even shedding light on the message it aims to convey.

Will Smith, who plays the father of the sisters, also commented on his role in the film. “People saw him as the classic driving patriarch, and he could not have been more different than that,” the actor described. He added, “That was Richard Williams’ world persona. And that’s how he dealt with people on the outside world, but he is the mushiest and like lovey-dovey father with his children.”

Williams herself also discussed Smith’s depiction of her father, recalling the experience as being incredibly positive. “To have Will play my father it was just incredible. … I mean wow, it’s Will Smith!” she said before including, “You’re like, ‘It’s Will! Can I have an autograph?’ Relax. Play it cool and play hard to get like, actually we would like to just consider you and you’re like, absolutely. But when you first hear Will, it’s a sure thing.”