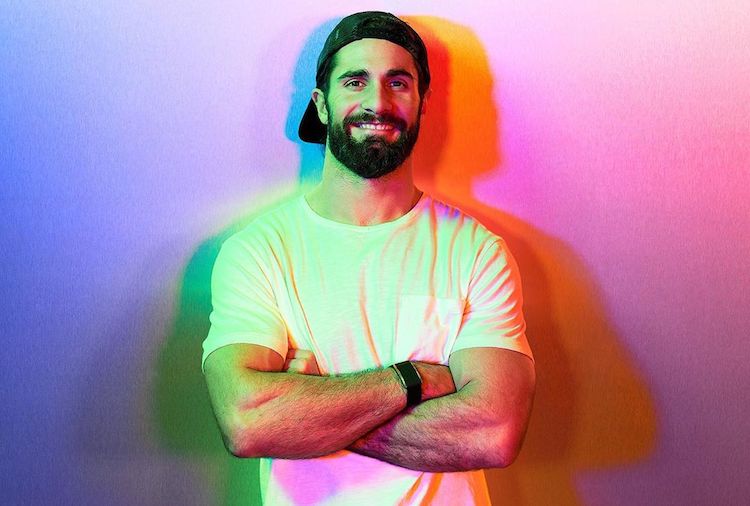 WWE’s Seth Rollins Was ‘Ready to Go’ When Becky Lynch Learned She Was Pregnant, Now They Are Loving Life as a Family of 3

In May, 34-year-old Rollins and his fiancée, Lynch, announced they were pregnant just nine months after they became engaged. Rollins said the moment they found out Lynch was pregnant was one they’ll remember forever.

WWE’s Seth Rollins can’t wait to have a baby with “The Man.”

“Oh, it was great, I was so stoked. We got the test back and it said pregnant and she was more shocked and I was just hyped,” Rollins, a multi-time champion, told People. “I was so excited, I think, right out of the gate. I wish we had a camera on because I threw my arms up in the air, I was so excited about it.”

“It’s one of those things where you never know when you’re going to be ready for something like that, but as soon as it happened, I was like, ‘Yeah, I’m ready to go, man. Let’s do this thing,'” he said. “It’s been a journey so far, the first half of it.”

Becky Lynch, who you might know better as “The Man,” stepped away from wrestling due to her pregnancy. Rollins said that she’s adjusting to all that newfound free time. He notes it’s a radical departure from her usually hectic schedule as one of the (if not the) most in-demand wrestlers in the sport.

“It’s her first pregnancy, so she’s just figuring it all out,” Rollins explained to People. “For her, in our industry, most women, when they get pregnant, they can continue to do their job. They can work up until eight, nine months. So they have a routine throughout the day that they do.”

“With this, it was just like, she’s going 100 miles an hour, had the busiest year of her life, and then ‘Bam!’ shut down. Done. You can’t do your work anymore. And ‘Bam!’ Hollywood is shut down. No meetings because of the pandemic, because of COVID. So that’s all out the window, too.”

“So now you’re trying to figure out what to do with your time, and she’s just not a lazy person. She’s the hardest working person I’ve ever met, so she wants to always be productive,” Rollins continued, and added that Lynch is healthy and happy.

“That’s what gives her purpose on a day-to-day basis. So it’s been crazy for her, but she found some cool things that hopefully she’ll be able to share in the future.”

Now the couple is parents for the first time! And thoroughly enjoying themselves!

The gang’s all here!

They celebrated their first Mother’s and Father’s Days!

It’s all just so sweet!

They are clearly smitten!

While Lynch has been resting up, Rollins has been holding it down at the WWE’s Performance Center in Orlando, where WWE has been moving forward with activities without fans in attendance.

Rollins has been one of the standouts in this new format and recently earned praise from veteran John Cena for his matches during the pandemic.

“John [Cena] is someone that I respect a lot as a performer, but also as a human being, so for my name to be at the forefront of his mind when asked about that, as someone who is worthwhile, it means a lot coming from him. I just have a lot of respect for him, for what he’s done for the industry, but also, he’s a great dude. To be thought highly of by him is cool, I do appreciate that a lot.”

On August 23, Rollins will face 23-year-old Dominik Mysterio at SummerSlam, which the WWE will host at Amway Center in Orlando in front of a virtual audience. Dominik is the son of the legend Rey Mysterio, considered one of the biggest wrestlers of all time.