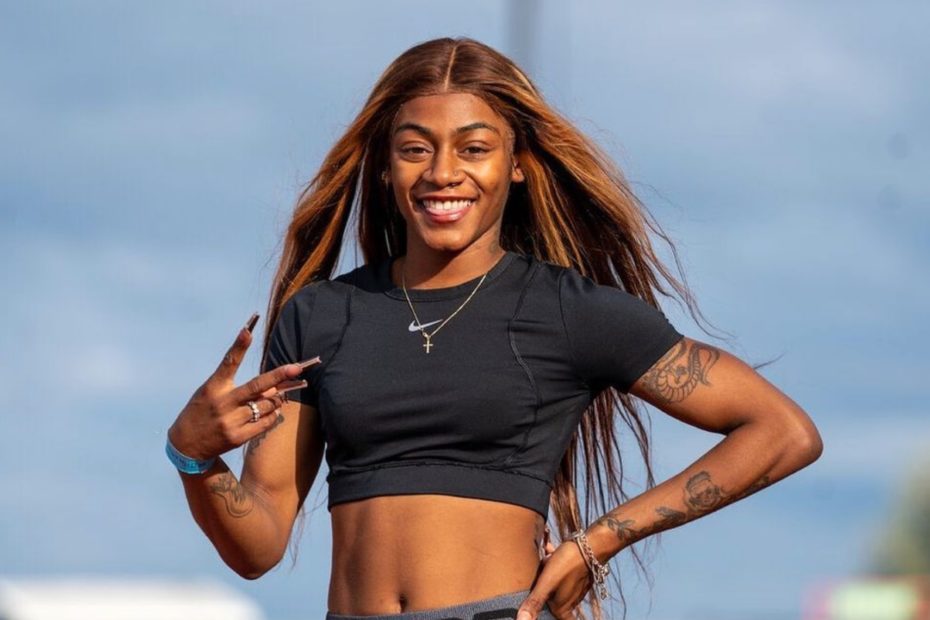 The world needs to hold onto their hats as they are introduced to the incredible Track and Field athlete, Sha’Carri Richardson!

Meet Sha’Carri Richardson, the 21-year-old track and field star destined to make her Olympic debut in next month’s Tokyo Games.

On Saturday, June 19th, 2021, Richardson took to Eugene, Oregon’s track to participate in the U.S. Olympic Track and Field Trials. Coming in first place, Richardson won the women’s 100-meter race with a time of 10.86 seconds, according to NBC.

In awe at her own achievement, she told an interviewer at NBC after her placement, “The fact that I am an Olympian, no matter what is said or anything, I am an Olympian…being happy is an understatement.”

Although her speed itself is enough to draw attention, Richard’s presentation, attitude, and stamina are also what has the world turning heads. Standing in at a staggering five foot one, Richardson can be seen on the track with vibrantly dyed orange hair, two nose rings, long acrylic nails, and tattoos covering her entire body.

Richardson attributed the hair choice to her girlfriend because it appears to be “loud and encouraging and dangerous”, which it most certainly is.

She also stated to NBC, “I just want the world to know that I’m that girl that every time I step on the track, I’m going to try to do what it is that me, my coach, my support team believe I can do.”

Olympic medalist Allyson Felix referred to Richardson with high remarks as well, commenting on her impressive spirit. Felix stated, “I think her energy is incredible, and obviously she has so much talent.”

However, arguably the most impressive aspect that makes up this young athlete is her ability to stay strong despite times of struggles. Richardson offered up the vulnerable information after the race that her biological mother had passed away the week prior to the race.

“Last week, finding out my biological mother passed away and still choosing to pursue my dreams, still coming out here, still making sure to make the family that I do still have on this Earth proud,” said the track star. Additionally, Richardson cites her success to her family, stating that “My family has kept me grounded,” and went on to say “I’m highly grateful for them. Without them, there would be no me. Without my grandmother, there would be no Sha’Carri Richardson. So my family is my everything.”

It is safe to say that the world will be awaiting the American track star’s next move and that she will definitely keep us guessing. She sneakily added to the interview, “I’ve got some tricks up my sleeve… so stay tuned.”