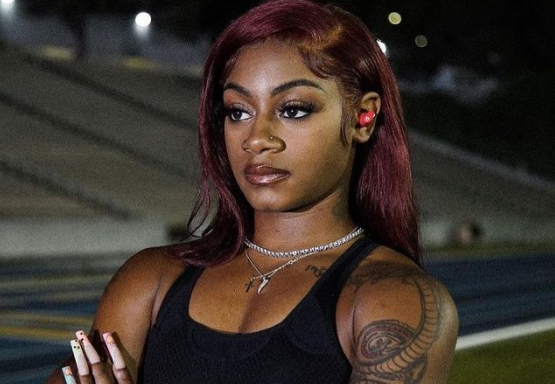 Sha’Carri Richardson was disqualified from competing at the 2020 Summer Olympics after testing positive for cannabis, also known as marijuana. It was a petty disqualification, but one we tried our best to accept because at the end of the day, rules are rules and they were broken.

Unfortunately, that same mantra wasn’t practiced when the Court of Arbitration for Sport (CAS) decided to allow Kamila Valieva to continue competing at the 2022 Winter Olympics. Valieva failed a drug test on December 25th ahead of the 2022 Russian Figure Skating Championships.

After the decision was made, many people immediately took to social media to share their thoughts and what we saw was a lot of mixed emotions. One thing everyone started to find their way back to was Sha’Carri Richardson and the differences between the two situations.

On Monday, Sha’Carri Richardson chimed in with her thoughts. “Can we get a solid answer on the difference of her situation and mines?” Richardson tweeted. “My mother died and I can’t run and was also favored to place top 3. The only difference I see is I’m a black young lady.”

Richardson was disqualified after testing positive for cannabis, something that helped her cope with her mother’s death (which happened just before the 2020 Summer Olympics). Keep in mind, cannabis isn’t a performance-enhancing drug, but is a banned substance at the Olympics.

While it was an unpopular decision to disqualify her, it’s one we all had to accept as she missed out on a shot at the gold medal. – something she was favored to win. At the same time, you want to see consistency across the board when other athletes are put into a similar situation.

Despite it being performance-enhancing, the CAS still felt it necessary to let her compete at the Olympics. There were three reasons why – Valieva is a minor (15 years old), there was a delay in the test reports, and not letting her compete would cause ‘irreparable harm’ to her career.

All of those are valid points, but what about the ‘irreparable harm’ that Richardson had to deal with as a result of her disqualification? Why didn’t Sha’Carri Richardson receive that same sentiment? Especially when she never tested positive for a performance-enhancing drug.

It’s something that has the entire Olympic community questioning the integrity of the biggest stage in the world. Considering the doping scandal that Russia has already been involved in, the decision to let Kamila Valieva continue to skate only complicates the public’s perception.

Richardson wasn’t the only person to take exception. Adam Rippon, a former Olympic figure skater for the United States, made his opinion known on Instagram. “The irreparable harm that will be done is to the entire Olympic Games. She shouldn’t be allowed to compete,” he said.

YOU MAY ALSO LIKE: Erin Jackson Makes History in Olympic Speed Skating

Instead, Kamila Valieva was allowed to compete in the women’s short program on Tuesday. With a score of 82.16, she took an early lead as she prepares for the free skate on Thursday. Anna Shcherbakova (ROC) and Kaori Sakamoto (Japan) are in second and third place.