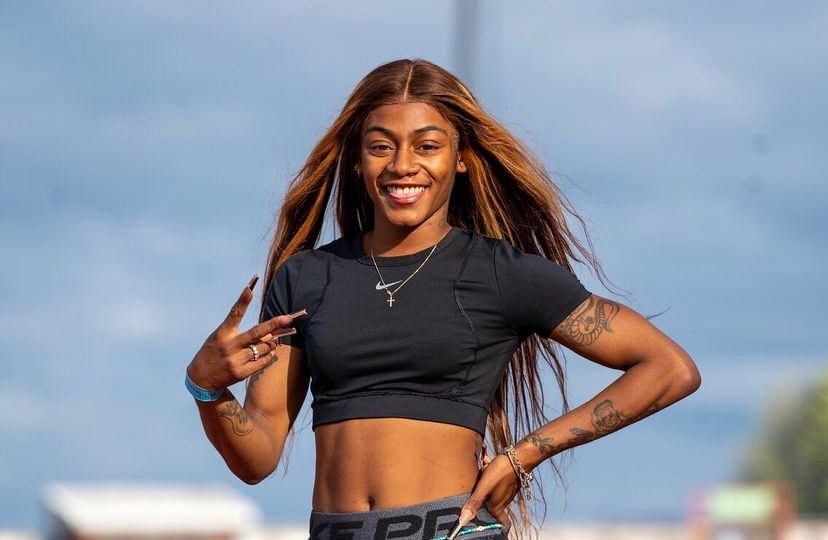 Twenty-one-year-old track runner Sha’Carri Richardson is opening up about the valuable life lessons she learned after she was suspended from the Tokyo Summer Games after testing positive for marijuana.

The athlete dominated during the U.S. Olympic track and field trials in June 2021 and was named the fastest woman in America after her sprint. When she openly discussed the suspension during an interview with Teen Vogue, she touched base on how she moved forward after the disappointment.

“How I show myself forgiveness is honestly by acknowledging it first, acknowledging the situation for what it is, acknowledging my responsibilities in it, and talking about it to the people I feel like it impacted besides myself,” she relayed.

Richardson expressed that she needed to apologize to those who had aided her in her running journey out of fear she let them down.

“When I had the entire situation of being banned from the Tokyo Games, the people who I talked to first were the people who I felt like were with me the most on the journey,” she stated. “I apologized to them first. I felt like they had to hold my shame as well, in a way — or my guilt, in a way.”

The athlete noted that it was particularly difficult considering her suspension was the result of her having a natural response to grief. Using a THC product was a response to her mother’s death and her Olympic suspension taught her to reflect on her actions as a public figure.

“That entire situation taught me to look into myself and to see that I have to be grounded, because do you see how fast they flip?” Richardson shared.

In addition, Richardson took to social media to discuss 15-year-old Russian figure skater Kamila Valieva’s Olympic drug scandal. The runner pointed out the similarities in their cases but questioned why the figure skater was still allowed to compete in the competition.

“Can we get a solid answer on the difference of her situation and mines [sic]? My mother died and I can’t run and was also favored to place top 3. The only difference I see is I’m a black young lady,” Richardson tweeted on Valentine’s Day.