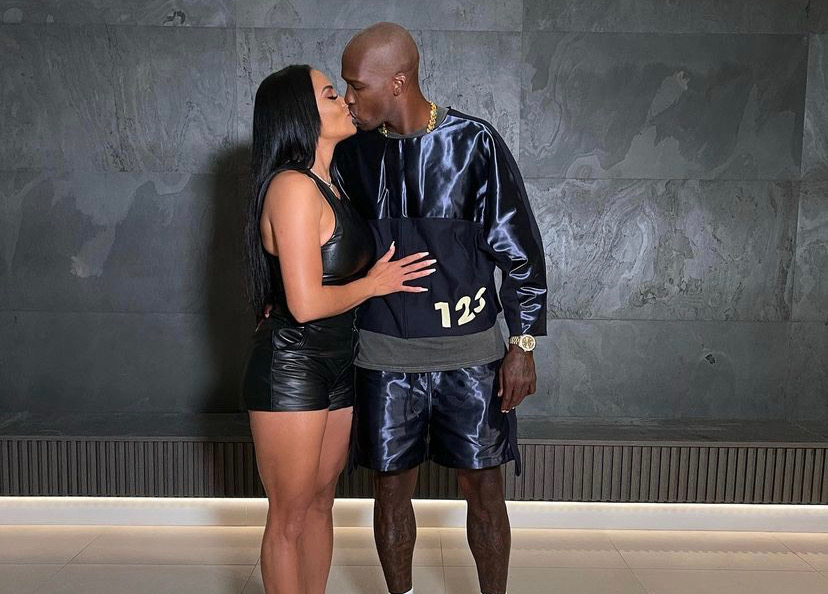 Sharelle Rosado Announces Exciting News: She and Former Wide Reciever Chad Johnson Are Having a Baby

Sharelle Rosado and her ex-NFL star partner, Chad Johnson, once commonly referred to as Chad Ochocinco, have just announced that they are expecting a baby daughter.

Rosado is the star of Selling Tampa, which is a spin-off of the Netflix series Selling Sunset. The show details Rosado and her real estate company Allure Realty, which is led exclusively by women of color in Florida. Amazingly, she discovered that she was pregnant during the middle of filming, so the special moment was well documented on film.

“It was shocking. I think I was crying and laughing at the same time,” Johnson’s fiancé said, according to PEOPLE. She also included, “I just can’t wait. It’s actually going by so fast. I found out I was pregnant while we were filming, so time is flying. It doesn’t even seem like it’s been that long.”

The iconic couple is no stranger to parenting, as they both have multiple children of their own. Their baby daughter will be Johnson’s eighth child, while this will be Rosado’s fourth child. The real estate agent couldn’t be more excited either, as she claims she has always wanted a large family. She stated, “I always wanted a big family, so I think with this last one, she’s just the perfect number to finish it off.”

However, considering her celebrity status, there are sacrifices that have to be made in order to have the healthiest possible pregnancy. Johnson is a former Cincinnati Bengal and a Dancing With the Stars alumni, while Rosado is a CEO, reality show star, and retired army veteran. Essentially, the two of them frequent the party life often, which can be challenging while pregnant. Yet, Rosado said it’s not as hard as it looks.

“It’s a little hard because while we were filming, there were times when the ladies were enjoying themselves, having fun, drinking. In the blink of an eye, you just had to cut off everything because now you’re pregnant,” offered the mother. She explained, “I still feel like I’m the life of the party. But it’s just nice to give a toast with champagne. Can’t do any of that…Alcohol is not something that I really need. If I want to feel like I am with them, I’ll just get Sprite. Make it look like it’s champagne, something bubbly.”

According to the woman herself, Rosado’s extensive military background has helped her tremendously build her company and stay as motivated as possible. She commented, “Being in the military, it’s always taught me to have bearings. I incorporate my military bearings into Allure. They know I’m the boss and I don’t tolerate anything,” and went on to share, “If it gets out of hand, I don’t even have to raise my voice. I give them a look and that stern voice comes on. They know it’s a time and a place for everything.”

Unsurprisingly, she feels like she is prepared for being in the public eye and has created essential coping strategies through understanding that it is human nature to make mistakes. “It’s okay, we’re not perfect human beings. We’re not going to be the only one that goes through things that are not pleasing to everybody. It’s just a life lesson. You’re teaching somebody what you’re going through. People are going to judge you regardless of what it is. But you’re teaching somebody that’s going through it that they’re not the only one that are going through it,” said Rosanda.