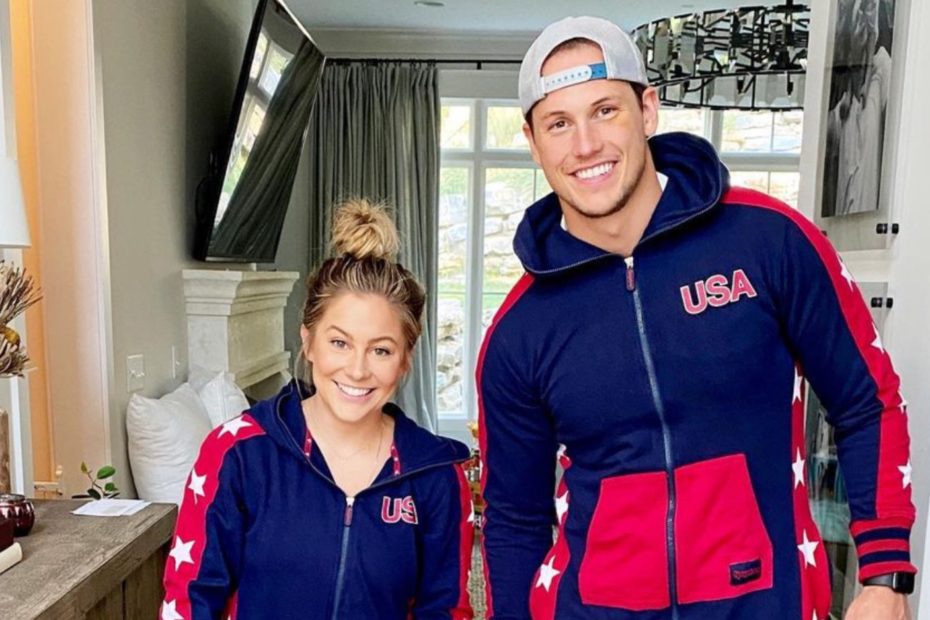 With their first child turning 1-year-old this month, retired Olympian Shawn Johnson and former professional football player Andrew East are thinking about growing their family. While a guest on the Hot Marriage Cool Parents podcast, Johnson made an announcement that made her nervous.

While talking with hosts, Jamie Otis and Doug Hehner—of Married At First Sight fame—the former gymnast’s husband revealed that they had “pulled the goalie” when it came to the topic of having more children. The public announcement left Johnson feeling uneasy though.

RELATED: After Dealing With Body Issues of Her Own as an Olympic Gymnast Shawn Johnson Is Making Sure Her Daughter Is Comfortable in Her Own Skin

As the 28-year-old explained, “I mentally don’t want to say, ‘We’re trying,’ because I don’t want to put myself in the position where we get a year down the road and it’s like, ‘Oh, we’ve been trying for a year and it hasn’t happened.'”

“I’m like, ‘Oh, no, we’re not trying, we’re just playing around. And then six months down the road, we’ll start trying.’ It sounds dumb but it’s just, I think, an emotional protectant.”

Johnson admitted that her want to remain private during this journey is because she’s “already protecting my heart because of everything you go through as a mom.” As many of their fans may already know, Johnson’s first pregnancy ended in a miscarriage and after welcoming their daughter Drew Hazel into the world, the mom has already dealt with her fair share of mommy shaming.

“[After a loss,] it is [scary],” Johnson told Otis and Hehner. “And I feel like it never gets easier, which is funny. It’s like, ‘Oh, once I have our kid, it’ll be fine and I won’t be worrying.’ But then you have a child and [it’s] anxiety all day, every day. [You always think] something’s gonna go wrong. It never gets easier but it’s always worth it, obviously.”

So only time will tell if there will be another East baby running around their household. But one thing is for sure, Drew will make a great big sister.