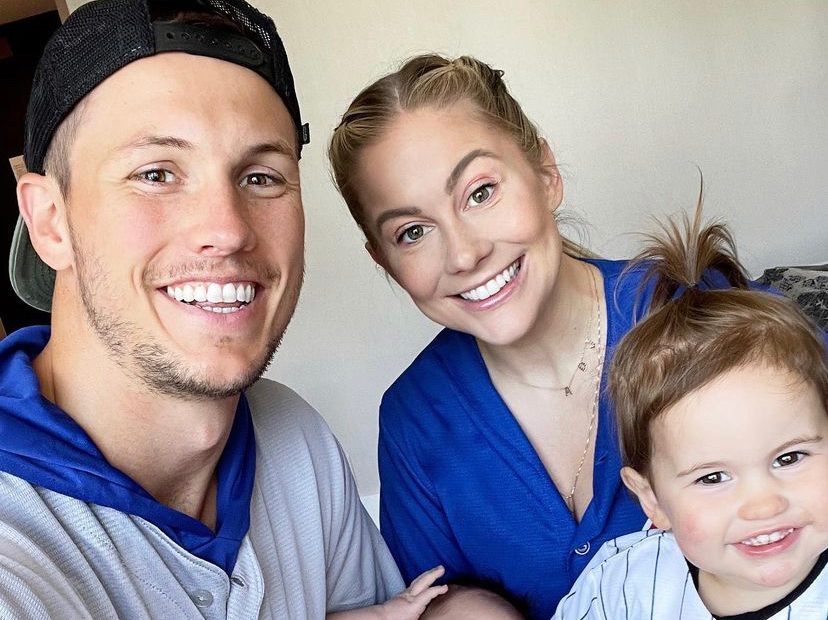 Former Olympic gymnast Shawn Johnson East recently opened up in the most recent episode of the podcast Me Becoming Mom about why her husband was hesitant to know the sex of their first child. And, the answer is surprisingly wholesome.

The gold medalist at first set the scene for her audience: she described that her husband, Andrew East, is “as laid back as it comes,” which made his adamant stance on not knowing the sex of their child all the more surprising.

“I’ve never seen him voice such a strong opinion about something ever in our relationship or marriage. But he said, ‘I do not want to find out,’ ” the 29-year-old athlete recalled the experience. She went on to include his reasoning and stated, “It was because one of his teammates didn’t find out and said the greatest moment of his life was actually being able to tell his wife what the baby was and have that moment for him.”

She then noted the fact that initially, the couple had suspicions that they were having a boy, but when they discovered their first child was actually their daughter, the moment was incredibly significant.

“We were convinced we were having a boy. I don’t know why,” Johnson East revealed before adding, “And he’s like, ‘Baby, it’s a girl.’ And I was like ‘What?’ It was the most special moment for him and for me.”

Shawn Johnson East on how she found out she was pregnant

RELATED: ESPN Films Peyton Manning, 45, Devouring a Piece of Chicken During Half Time

In addition to the sex of their daughter being a surprise, pregnancy also came as a shock to Shawn Johnson East. She told the story of how she discovered that she was a soon-to-be mother and at first, the gymnast thought she had caught a sickness.

“I was still working with my nutritionist and I remember texting her like, ‘I think I have a parasite or a bug or something’s going on because my stomach’s upset and the food isn’t working,’ ” she said.

“So I went and got a pregnancy test and the day that I took the test, it was actually the day that my husband was flying out to the NFL to his team and we weren’t going to see each other for two weeks, at the earliest,” Johnson East continued with the story. “And it was like as he walked out the door, I went back to the bathroom and looked at this pregnancy test that I didn’t tell him about and I was pregnant.”

“I didn’t plan on telling him because … I really, in my mind, had brushed it off. Like, oh, this is not it, I’m sure,” she included. “I remember calling my nutritionist and I’m like, ‘Um, so it’s not a parasite, it’s actually a pregnancy.’ “

As of now, the couple parent two children together. Their daughter is 2-year-old Drew Hazel and she is the older sister of their adorable 3-month-old son, Jett James.