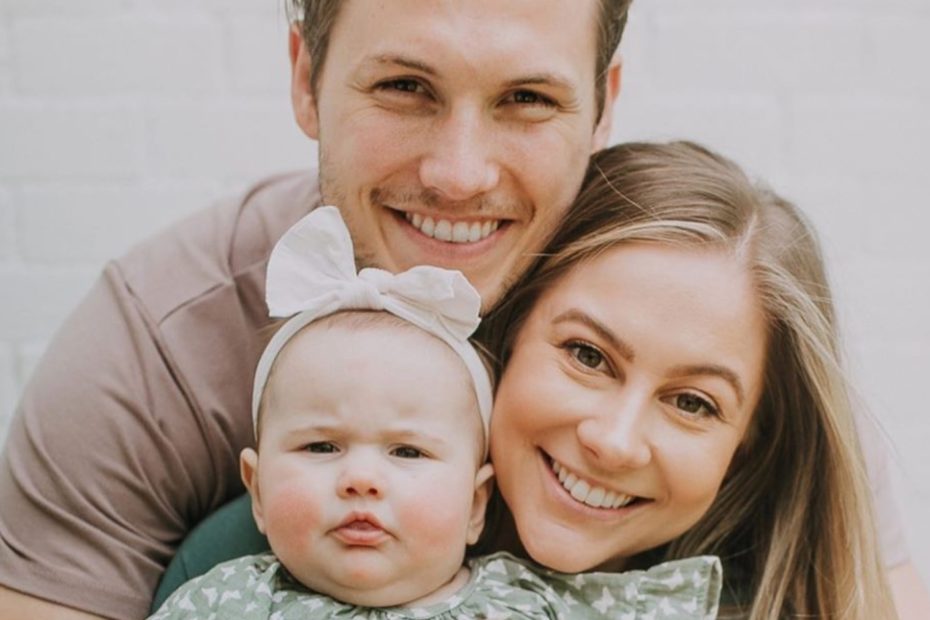 After competing in the 2008 Olympics, Shawn Johnson developed an eating disorder. Now she and her husband former professional football player Andrew East are making sure body image isn’t an issue their daughter ever faces.

This month, their baby girl Drew Hazel East will be turning one-year-old! The tiny tot is already walking, talking, and growing into her own.

YOU MAY LIKE: NBA’s Charles Oakley and NFL’s Vernon Davis to Participate in Live Taping of New Season of Dancing With the Stars

And after becoming a dad to a baby girl, Andrew is admitting that while he hasn’t struggled with his body image, he’s starting to understand the magnitude of it. “Now that I have a daughter, I feel like I have a different perspective on it, whereas before, I don’t think I really understood the body image issues as a male as much,” the proud dad told People.

“But now it’s something that I’m consciously trying to build in Drew as a positive self-image because I know that our home is probably the best chance she has at getting positive reinforcement like that.” So, in order to make sure Drew grows up loving the skin God gave her, Andrew revealed that he and Shawn have “a couple of fun traditions” they do as a family before Drew’s bath time.

One of those traditions is standing in front of the mirror with Drew and say positive things about their daughter. “I’ll say, ‘Oh, wow, look at the perfect baby.’ Just trying to do little things like that where she sees herself and relates it with positive things.”

Johnson said she’s doing for her daughter what she wished someone would have done for her as a child. “I wish as a kid, I had someone who had gone through that and had coached me through it and shared their journey so I didn’t feel alone,” Johnson told People.

The couple also revealed that they have partnered with Duracell, who is now making their lithium coin batteries—which are chocking hazards for children—with a bitter coating on them to dissuade children from putting them in their mouths.