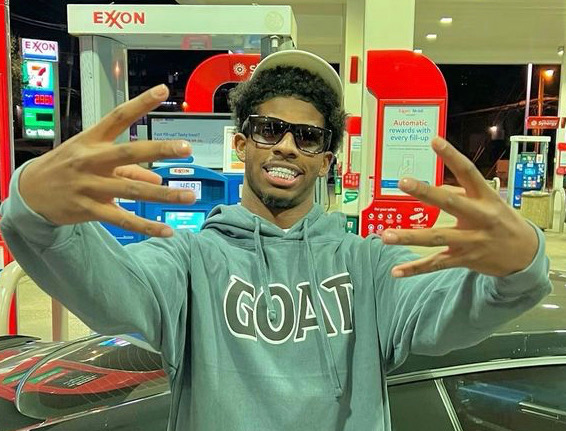 Shedeur Sanders, a quarterback for Jackson State University, has just made history as the first-ever athlete from a historically Black college or university (HBCU) to be signed to a major sponsorship.

The student-athlete struck up a deal with Gatorade last Thursday, in which he can now profit off his name, image, and likeness (NIL). Given the historic nature of this deal, it is no surprise that the athlete is excited to represent the Gatorade team.

“It’s an honor to join the Gatorade family and represent this historic moment for HBCU athletes,” Sanders shared, according to Fox News. “I can’t wait to work with Gatorade on and off the field to help create even more opportunities for HBCU students and athletes.”

The quarterback, who is the son of former NFL player and Jackson State head coach Deion Sanders, has an incredible track record that earned himself a contract with the company. As a freshman, he won Jerry Rice Award and even finished the season with an astonishing 3,231 passing yards and 30 touchdown passes.

Given the fact that Sanders is committed to a historically Black university, the news holds significance.

“This whole HBCU thing that’s going on right now is bringing national attention,” the Jackson State player commented. He also shared, “We got players from Power 5 actually coming to HBCU schools now, it wasn’t like that a couple of years ago, so it’s just really exciting to see that competition will go up. Everything’s going to go up, and honestly, other players in HBCUs should get deals also.”

Sanders also noted that as he becomes one of the NCAA’s most coveted athletes, he is even more proud to represent Jackson State University. He said, “coming to Jackson State and seeing what’s going on now, attracting the [ESPN 300 wide receiver] Kevin Colemans, the [five-star] Travis Hunters and other big-time players, other transfers, all that is just really proving what we knew what was going to happen in real-time.”

RELATED: Jim Irsay Releases Abnormal Late Night Tweet: ‘You Need a QB and Offense Who Can Score 30 or More’

In addition, the company held similar sentiments as Sanders. The CMO/VP of PepsiCo Beverages North America, South Division, Chauncey Hamlett, expressed in a statement, “As one of the country’s best freshmen college football players, Shedeur Sanders is another incredible addition to the Gatorade Family.”

“In his first year at Jackson State University, he’s already demonstrated the excellence and tenacity Gatorade athletes are known for and we’re excited to partner with him and build upon our commitment to supporting HBCUs and their athletes,” Hamlett concluded.