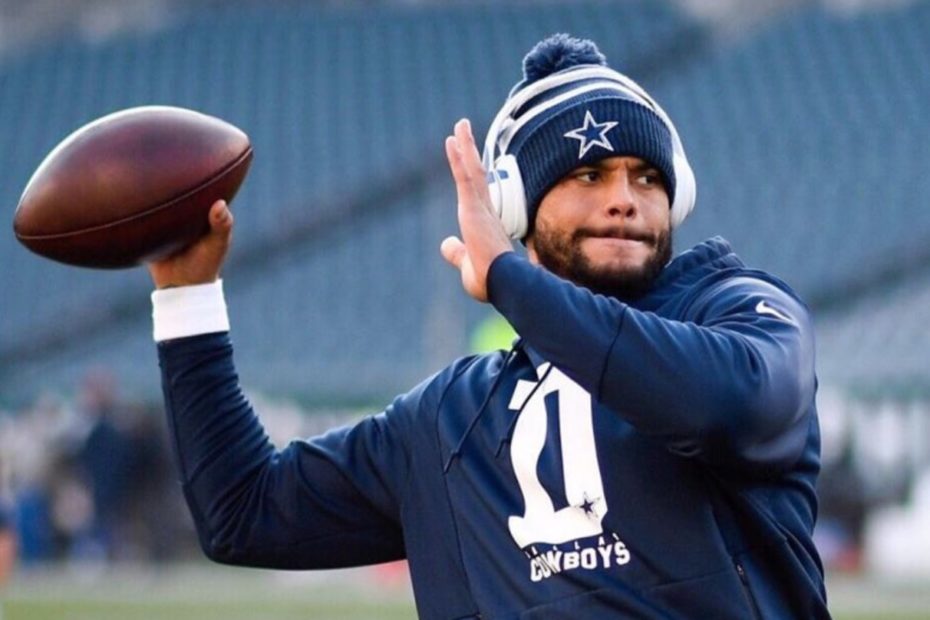 Should the Dallas Cowboys Stick with Dak Prescott?

The Dallas Cowboys are coming off of a disappointing season in which they were unable to achieve the top record in the easiest division in recent memory. Following a promising season just two years ago, expectations were sky-high for Dak Prescott and the Cowboys, but they were unable to deliver when it mattered most. There is one big question for the Cowboys moving forward: should they keep Dak?

Dak had over 4,900 yards last season as well as an approximate 3 to 1 touchdown to interception ratio. While he did have arguably his best season in his short career, the Cowboys’ consistent struggles have caused concern within the franchise.

The Cowboys had multiple costly losses last season, but none more important than the game against the Philadelphia Eagles. In a must-win-game to basically decide who gets into the playoffs, Dak not only got outplayed by Eagles quarterback Carson Wentz, but his team suffered the loss.

Nonetheless, I do believe that the Cowboys should keep Dak Prescott.

Has he struggled occasionally? Absolutely. But it is incredibly difficult to find a quarterback of that caliber through the draft or the trade, therefore the Cowboys would be making a huge mistake by letting him go. The process and time necessary to have only a slim chance of a better quarterback is nowhere near worth it for the ‘Boys.

Also, the timing simply does not work for the Cowboys to replace Dak. Their roster is in win-now mode. They have all the talent necessary to win a Super Bowl but haven’t been able to figure it out yet. However, if they were to acquire a young, new quarterback, it would take time to groom and develop him into a serviceable leader, and their roster does not have time to spare at this point.

I would recommend that the Cowboys at least test out this new coach-quarterback duo with Mike McCarthy now leading the team. With a new proven head coach, I could easily see Dak developing into much more than a game manager and enter elite company.

To me, it seems like the best option for the Cowboys would be to franchise tag Dak, see how well he performs, then decide on a new contract. Instead of letting a great quarterback walk out the door, or wasting a ton of money on somebody who never pans out, this would solve the majority of the Cowboys’ issues.