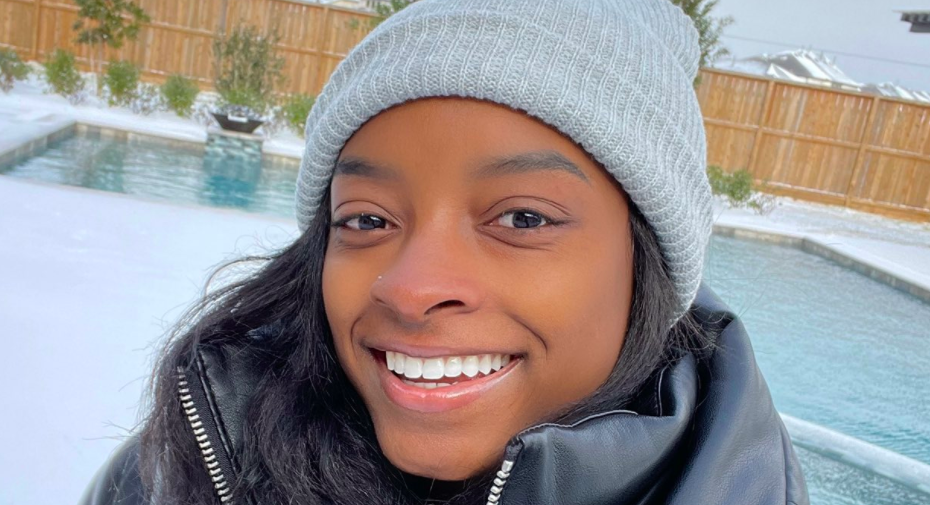 Simone Biles is a four-time US Olympian gymnast Gold Medalist.

The competition is literally international, competing against gymnasts from all over the world with the world’s eyes on you. That could be a lot of pressure.

But, just forget having the world as your stage having people from all over the globe watch you because for Biles throwing a first pitch is more nerve wracking for her than doing her own sport, gymnastics (according to Uni Watch’s Paul Lukas).

Lukas released a Q & A he conducted with Biles “by phone on June 15, 2018. At that time, she had tossed out the first pitch at two MLB games” on Uni Watch.  As Lukas points out, she has tossed another first pitch since then.

“Oh, I was so nervous,” Biles said to Lukas. “Much more nervous than I’d be for gymnastics.”

So, Lukas asked Biles if she “practice(d) throwing a ball around beforehand, just to get used to it”.

“Yes, my dad made me stand in the driveway with him and throw a ball back and forth, just to make sure I knew how…(h)e was like, ‘You’re not gonna end up in one of those ‘fail’ videos,'” Biles said to Lukas.

Biles didn’t end up on one of those ‘fail’ videos. Instead, this was the result:

You can read the full interview on Uni Watch here.