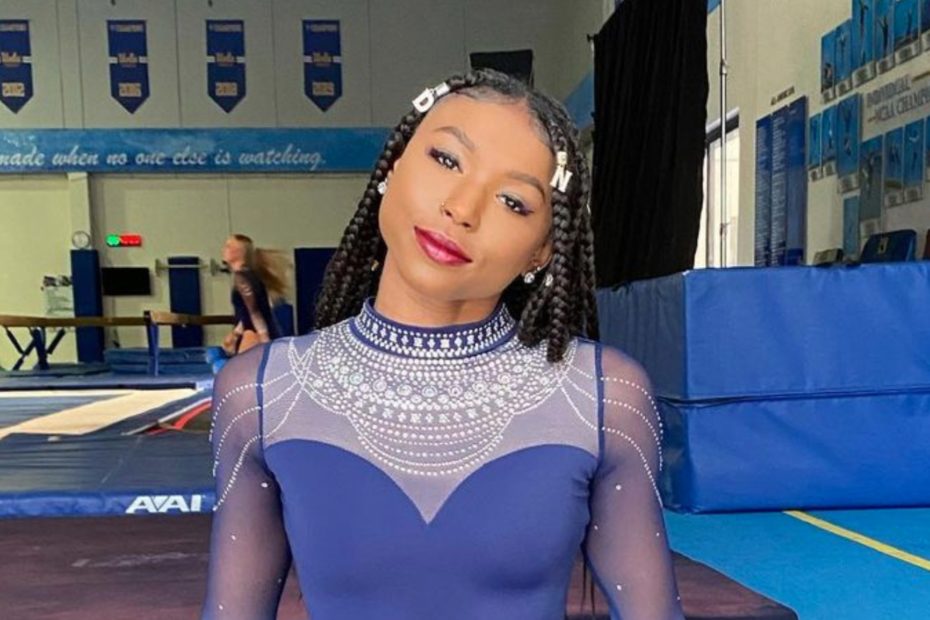 Here’s that floor exercise routine that helped UCLA get the season opening win:

That floor exercise routine would catch the attention of Simone Biles:

According to People, the soundtrack to the floor routine was “set to a soundtrack filled with songs from Black musicians including Kendrick Lamar, Tupac Shakur, Beyoncé, Missy Elliott, Megan Thee Stallion, and Soulja Boy”.

UCLA noted the adversity the team faced but how they came together and pulled off a close win to start the season.

“Norah Flatley tweaked her ankle in warmups, taking her out of the competition. She was replaced on bars and beam by two teammates who had never competed for the Bruins on those events before – Pauline Tratz on bars and Savannah Kooyman on beam – and each delivered with a hit routine…Sara Taubman earned her first shot at the competitive lineup on uneven bars…she came through big with a stuck double layout dismount and a score of 9.825, with one judge awarding her a 9.9.”

“I really couldn’t be any more proud of our team,” Chris Waller, UCLA gymnastics head coach, said. “The team love they showed, the heart they showed in getting themselves to be confident with so little preparation, the resilience, the pride they took in each other and in their performances …I just couldn’t say enough about how proud I am of the character of the team…one of the most memorable moments of my coaching career.”