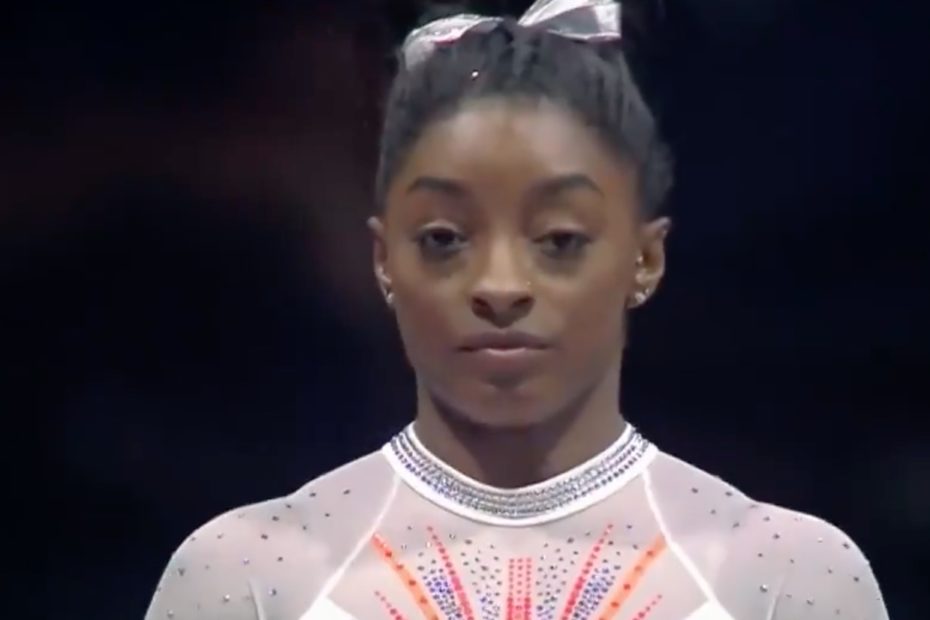 While competing at her first U.S. Classic in two years, Simone Biles wanted those watching her to know she didn’t go anywhere. She’s still the G.O.A.T and she’s not afraid to own that or prove it time and time again.

As At the Buzzer previously reported, while competing at the Classic, Biles performed and landed a vault that has only ever been thrown by male gymnasts. Currently, she’s also the most decorated gymnast in the world, has won the most world championships medals than any other gymnast, and she has two moves already named after her.

RELATED: Watch This: Simone Biles Lands Epic Move That Reportedly Hasn’t Been Done By Women In Competition Before

“Simone Biles does this for the fun of it at this point. It’s not even a challenge for her. Love that for her,” a commenter wrote.

The Yurchenko double pike is a high-difficulty skill historically only done by men, CNN reports. It consists of “a round-off onto the springboard, followed by a back handspring onto the vaulting table, and ending with a piked double backflip into the air to landing.”

Yeah, Simone Biles did that. But perhaps what makes it better is what was bedazzled on the back of her leotard while throwing the Yurchenko.

It was a goat because is there really any doubt that Biles isn’t the Greatest Of All Time, especially after this weekend?

“I was just thinking, ‘Do it like training. Don’t try to like overdo anything,'” Biles said after landing the trick. “Because I have a tendency as soon as I raise my hand to kind of overpower things, and I did a little bit, but at least I was on my feet. It’s a new vault and I’m proud of how today went.”

And the United States is proud of you too, Simone! We can’t wait for the Tokyo Olympics in just a few short months.