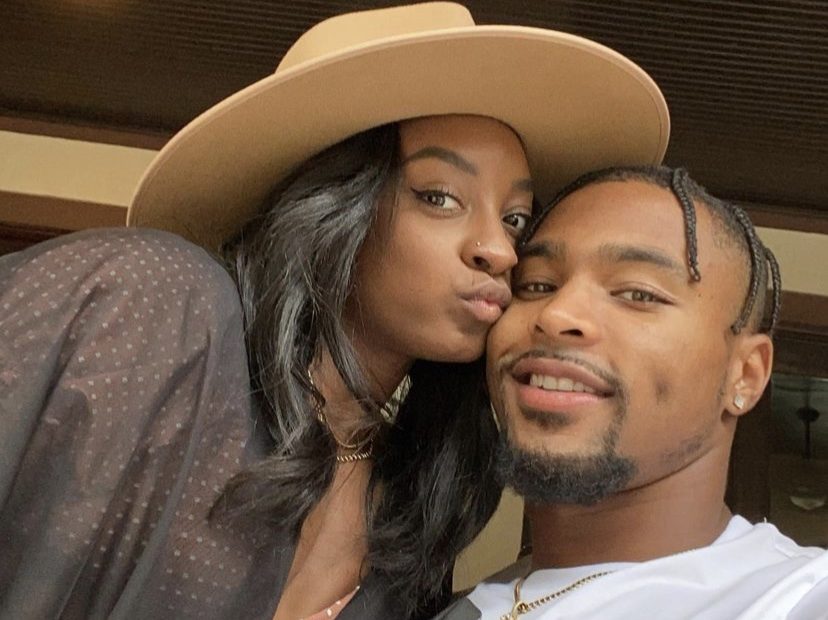 Simone Biles is Making the 2022 NFL Season Even More Exciting

Ahead of the 2022 NFL season that kicks off this Thursday, Olympic gymnast Simone Biles made a special appearance in the video designed to hype up fans.

As the crowd begins to roar with anticipation, a special guest made an appearance: 25-year-old world-renowned gymnast, Simone Biles. Flipping through a sea of cheerleaders, the Olympian was wearing a Houston Texans jersey, paying homage to her home state and her fiancé Jonathan Owens, who plays safety for the team.

An explanation for the video was shared by the NFL, according to PEOPLE. The league said, “Capturing the joy and excitement that comes with the start of the season, ‘It Feels Good To Football’ brings fans and players together in one monumental celebration to officially welcome back football.”

As Biles prepares for her wedding with her NFL player fiancé, being featured in the season debut video was certainly a special moment. The gymnast recently sat down for an interview on The Late Late Show With James Corden, in which she discussed her plans for the wedding.

“I have an amazing wedding planner,” Biles admitted. “Bachelor/bachelorette parties are being planned. Everything is on time. I probably am almost too ahead of wedding stuff right now. I was here in L.A. trying on some of my dresses and stuff so that was super exciting.”

RELATED: Rafael Nadal, 36, Suffers an Intense Blow to the Nose But Is Feeling Good About the Injury

Continuing to speak to Corden, the 25-year-old discussed what initially drew her to Owens. Rather than being attracted to his personality or charm, she relayed that sharing a special moment with his dog made Owens all the more appealing.

“I went over to his apartment and he has a bulldog and his bulldog went absolutely nuts, was whimpering, crying, started peeing everywhere. He was like, ‘Well, he probably likes you, I guess,” Biles said, recalling the first time she met with her now partner. “Ever since then his dog picked me, he had to pick me and that’s why I’m here.”