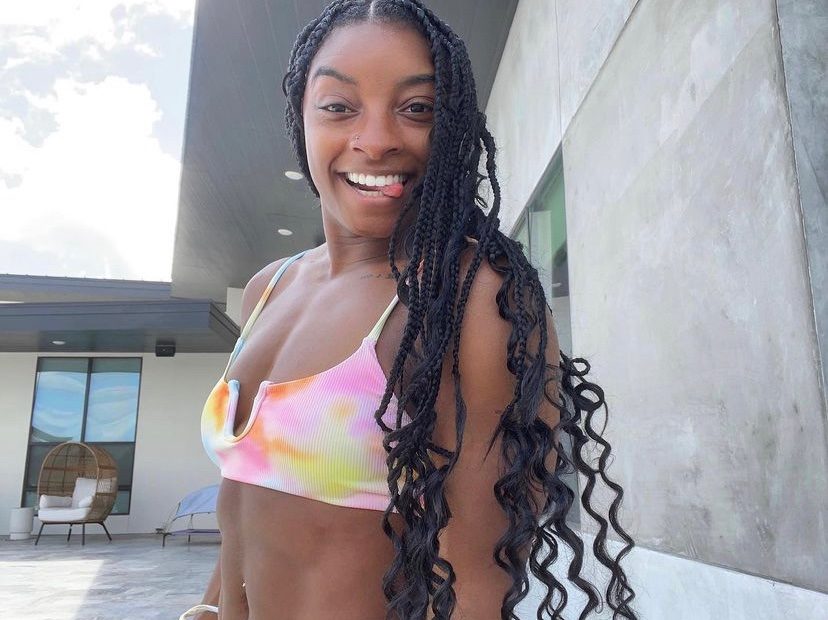 World-renowned gymnast, Simone Biles, is getting her strength back and moving forward with a healthy lifestyle after the 2020 Tokyo Olympics.

“It’s kind of been a whirlwind since I’ve gotten back but I have had a lot of time at home which has been super nice,” Biles told PEOPLE in an interview. She explained that she has been able to take a few minutes to herself and recover. She stated, “Just to be home, be with friends and family, to decompress has been really nice.”

Since returning home with another medal to her substantial collection, the gymnast has also offered that she is very excited to be returning to the road with the Team USA girls for the Gold Over America tour. She stated, “I have been to the gym and did a little bit of working out. When I say work out, it’s very light. I’m enjoying my time at home and I’m happy to be back.”

However, many fans questioned how the 24-year-old was holding up considering she was suffering from a condition known as the “twisties”. The twisties are a common condition among gymnastics in which they don’t have proper awareness of their air intake, which forced them to be at risk for not landing a trick, possibly leading to injury.

Biles noted that this part of her life was crazy, explaining, “Not having an inch of control over your body. What’s even scarier is since I have no idea where I am in the air I also have NO idea how I’m going to land or what I’m going to land on.”

Simone Biles says returning to the gym is ‘like second nature’

After taking time to herself for recovery and even withdrawing from the Olympics, the decorated athlete has returned to the gym and couldn’t be more excited. in fact, she commented that her return feels like second nature. “I started doing a couple of fulls and on the first one, it was literally like second nature again,” the 24-year-old said.

Yet, she did offer the information that anxiety still troubles her routines. “It’s frustrating because I can do everything again.”

“I don’t know … the stress, anxiety, the build-up or whatever happened, happened. Laurent kind of called it [in Tokyo], he was like, ‘The annoying part is we’re going to go home in a week or more. You’re going to go back in the gym and you’re going to be able to do everything.’ I did a double-double (two somersaults and two twists mid-air) [back in a Texas gym], I mean it was pretty low but so far so good,” Biles stated.