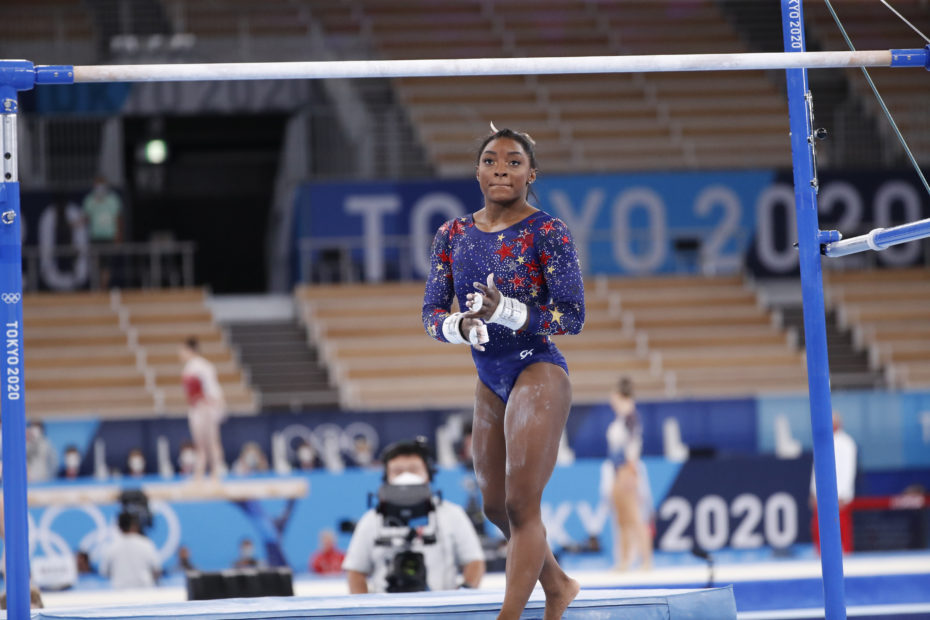 Simone Biles Admits She Should Have Quit Long Before 2020 Olympics

Decorated gymnast Simone Biles shocked the world when she decided to withdraw from multiple competitions during the 2020 Tokyo Olympics. Considering she is largely considered the best gymnast in the world, people began questioning her motives behind pulling out of a competition of this caliber.

However, in a recent candid interview, she discusses in depth the troubles she faced revolving around sexual abuse and losing her coordination.

“If you looked at everything I’ve gone through for the past seven years, I should have never made another Olympic team,” the athlete admitted when she sat down with New York magazine. Biles went on to reveal in an astonishing statement, “I should have quit way before Tokyo when Larry Nassar was in the media for two years.”

In 2017, Larry Nassar was the subject of a sexual assault trial in which dozens of U.S. gymnasts came forward with their stories. Among these athletes were Simone Biles and the young women who were responsible for him pleading guilty to 10 cases of sexual assault, landing him in prison for life. Although behind bars, the trauma and stress of the events that occurred hindered Biles’ ability to focus on her career.

“It was too much,” she stated. However, the 24-year-old Olympian went on to explain that she didn’t listen to her feelings and performed for as long as she physically and mentally could handle it. “But I was not going to let him take something I’ve worked for since I was 6 years old. I wasn’t going to let him take that joy away from me. So I pushed past that for as long as my mind and my body would let me.”

Simone Biles loses air awareness during 2020 Olympics, forcing her to forfit the competition

Amid the stress and pressure of perhaps the most intense athletic competition to exist, Biles suffered from a term that gymnasts typically the twisties, a condition in which they lose their air awareness during a trick. This can be very difficult and even life-threatening, as it significantly decreases the chances of landing a trick safely.

“If I still had my air awareness, and I just was having a bad day, I would have continued,” the athlete explained. But it was more than that.”

She elaborated on this statement and offered that the risk of continuing posed too big of a threat to her. Biles commented, “It’s so dangerous. It’s basically life or death. It’s a miracle I landed on my feet. If that was any other person, they would have gone out on a stretcher. As soon as I landed that vault, I went and told my coach: ‘I cannot continue.’”

Listening to her body and mind was obviously the right decision, however, many non-athletes questioned why she couldn’t just ‘push through it,’ unaware that even Olympians are human. She touched base on this fact and offered an example to help the public understand better.

Biles said, “Say up until you’re 30 years old, you have your complete eyesight. One morning, you wake up, you can’t see s—, but people tell you to go on and do your daily job as if you still have your eyesight. You’d be lost, wouldn’t you? That’s the only thing I can relate it to.”