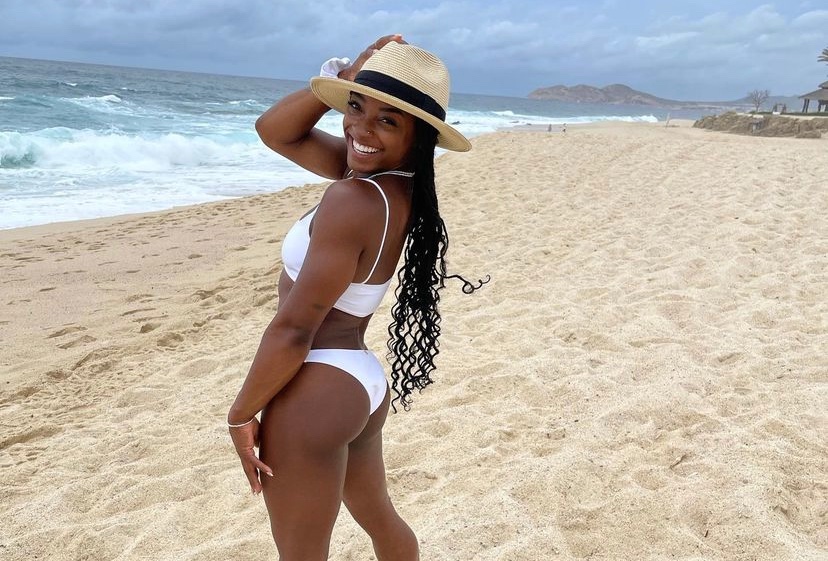 Simone Biles is largely regarded as the best gymnast of all time. As the most decorated Olympic gymnast in the world, there is undoubtedly a pressure that can be difficult to live up to.

Experiencing emotional stress and struggling to stay physically safe during routine practices, Biles decided to pull out of the 2020 Olympic Games. After the big decision, she revealed that she’s never felt more human and is excited to move forward as more than just an athlete.

“Over the years, obviously since I’ve been so dominant, everybody supported the gymnastics and praised me for what I’ve done in the gym — and not really outside (of the gym),” Biles explained in an interview with her mom, Nellie. This pressure made it all the more difficult for the gymnast to not compete in the Olympics, despite the fact that she was suffering from the twisties, a condition that alters the ability to safely land a trick.

Opening up about the struggles of often not being seen as a normal person, the 24-year-old offered, “I had conversations with Team USA’s sports psychologists. Justin Bieber reached out and messaged me, so did Demi Lovato, because it’s different, and nobody kind of understands the platform that we’re on. … We’re not seen as normal people walking around.”

The world is happy to hear Simone Biles be candid about her mental health.

The athlete admitted that she was nervous to openly talk about her mental health struggles out of fear of embarrassment, but the world had the opposite reaction. Many people were glad to hear Simone speak so honestly about how she feels on the inside, further connecting Biles to her audience.

RELATED: Paralympic Swimmer Jessica Long Is Over the Moon About Winning Gold in 200m Medley

“That’s the first time I felt human,” the Olympian admitted. “Like, besides Simone Biles, I was Simone, and people kind of respected that.”

People have gone from liking Simone Biles to loving her as she openly discussed that pulling out of the Olympics was for the best interest of her team. She showcased an act of selflessness and actively did what she knew would lead her team to success. Biles commented on this action and stated, “I definitely had the team in my best interest, and that’s why I decided to pull out. I didn’t want to potentially lose a medal spot for them, because the girls were more than prepared to go in and to do their job, which they did.”

She also elaborated on her state of being during her time in Tokyo. “My body and my mind just said no,” Biles explained. “Even I didn’t know what I was going through it until it just happened. … Train five years and it doesn’t go the way you wanted. But I know that I helped a lot of people and athletes speak out about mental health and saying no.”