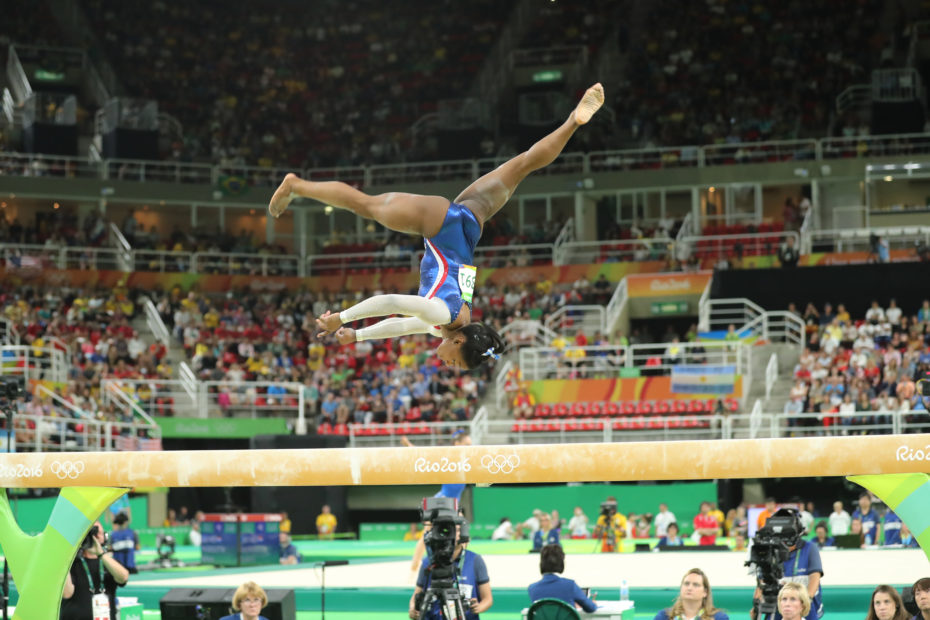 UPDATE: 7/27/21 at 10:15 a.m.: Following the completion of the team finals competition, Simone Biles spoke to reporters. She revealed that she was “okay, just dealing with some things internally which will get fixed out in the next couple of days.” Biles still plans to return for Thursday’s all-around final competition.

Simone Biles is out of the team finals after leaving the competition floor after competing in her first vault rotation. As reports suggested prior to the beginning of the competition, Biles was rumored to be preparing to throw a very difficult vault in women’s gymnastics.

However, upon attempting the Amanar, which is a roundoff onto the springboard, back handspring onto the vaulting platform, and into 2½ twists in a back layout salto off the table, Biles seemingly got lost.

Instead, she bailed out of doing her second twist and attempted to land the vault after only doing 1.5. As the below video shoes, Simone Biles walked off the floor with her head held high, but never returned to competition.

According to NBC News, after stepping away to see a trainer, Biles returned to the arena wearing her tracksuit and announced her withdrawal from the team competition. While the rumor was that Biles had injured herself, that doesn’t seem to be the case.

According to a Team USA coach and NBC’s Roethlisberger, “We’ve just been told that, with regards to Simone withdrawing, it is not injury-related. It is a mental issue that Simone is having.” Other reports suggest that it’s a medical issue that will be assessed for competitive readiness as the Olympics continue.

Simone Biles was the only U.S. gymnast to qualify for all four events in the qualifying round, where the U.S. finished second behind the Russian athletes. Now, with Biles being out of team competition, her best friend and training partner Jordan Chiles will step in for her.

Luckily for the United States, they have a very stacked team with a lot of talent. And while Biles’ absence will be felt for a variety of reasons, Chiles, Suni Lee, Jade Carey, and Grace McCallum were more than capable of bringing home the gold. In the end, Team USA brought home silver, behind ROC who took gold, and Great Britain took home bronze.

RELATED: Simone Biles Admits She Is Feeling the Pressure of the 2020 Olympics

Prior to the start of the team finals, Biles wrote this on Instagram following a difficult qualifying performance.

“It wasn’t an easy day or my best but I got through it. I truly do feel like I have the weight of the world on my shoulders at times. I know I brush it off and make it seem like pressure doesn’t affect me but damn sometimes it’s hard hahaha! The Olympics is no joke! BUT I’m happy my family was able to be with me virtually. They mean the world to me!”

Simone Biles is not ruled out for the all-around competition or the rest. Right now, her future is unclear.