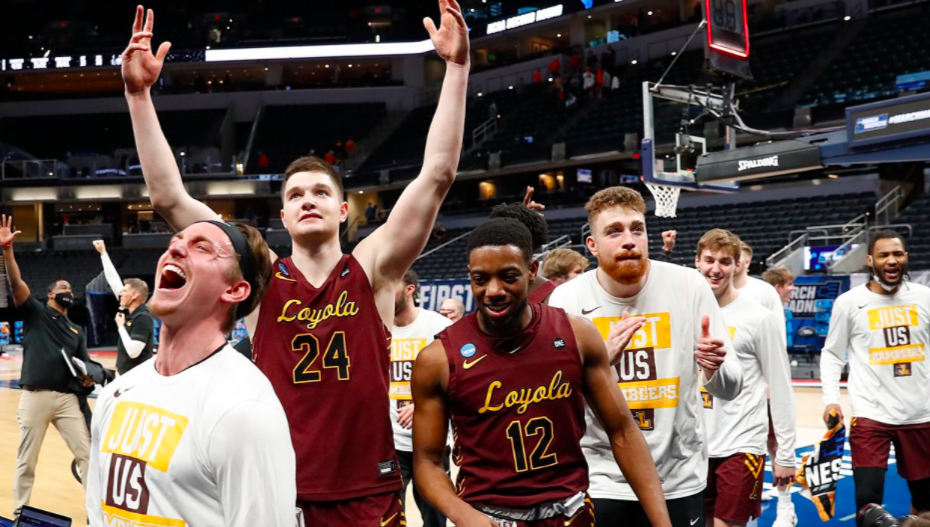 It was a game between two teams who both reside in Illinois. The only difference is one of these universities was one of the top-ranked teams in the nation. The other school? Playing the role of underdog, yet again.

The Loyola Chicago Ramblers would ramble on and beat the Illinois Fighting Illini in this second round bout. The fight would be a challenging task to go up against one of the best schools in the country.

But, no challenge is too big when you have a little faith and prayer in the mix.

David beat Goliath. With a slingshot. Anything is possible.

Even if the odds were stacked against the and people doubted them, all they needed was a stone’s throw…and a precious prayer from the beloved Sister Jean.

“As we play the Fighting Illini, we ask for special help to overcome this team and get a great win,” Sister Jean said in a prayer as reported by The Star Tribune. “We hope to score early and make our opponents nervous. We have a great opportunity to convert rebounds as this team makes about 50% of layups and 30% of its 3 points. Our defense can take care of that.”

The Ramblers are heading to the Sweet 16! How sweet that sounds.

Or as you may already know, amazing grace, how sweet that sounds in the midst of the odds being stacked against you or through pain and heartache.

As Loyola Chicago faced what seemed insurmountable, you can see the light at the end of the tunnel, experiencing love, grace, redemption, and moving to the next round of life with freedom!

The “101-year-old superfan…” as mentioned by The Star Tribune, came through in the clutch with that prayer to God. God came through giving the Ramblers an extra boost to win the battle on the hardwood.