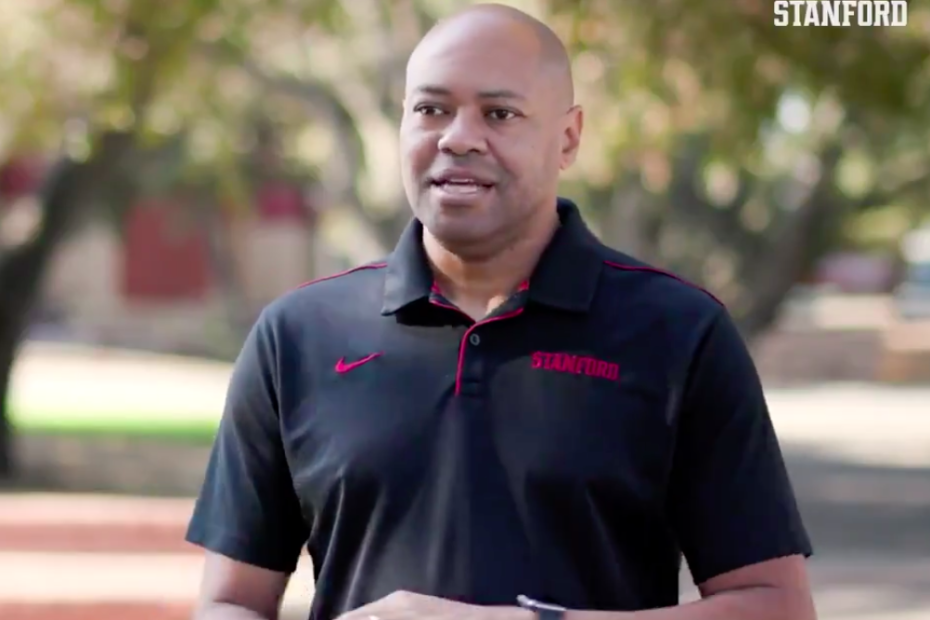 This Saturday, the PAC-12 is starting up their football season and a featured game is Stanford on the road playing 12-ranked Oregon.

RELATED: Mike Leach Goes on Hilarious Cardboard Cutouts in Stands Rant: “Some of Those Fake People Have Better Seats Than the Other Ones”

For Stanford head coach David Shaw, this game takes on a special meaning. More than just his first game back since the pandemic. When the two teams played in 2018, his family was going through tremendous adversity.

“I got to say one more thing to my brother, Eric, I love you,” David said after Stanford’s overtime win over Oregon in 2018.

David’s brother, Eric Shaw, is a survivor of a very rare form of skin disease, per a recent ESPN article. And David wasn’t sure if his brother was going to make it after undergoing a bone marrow transplant.

“The story is about survival, it’s about coming together,” David said to ESPN in a preview of this story that will air on ESPN’s College Gameday.

Two bone marrow transplant attempts failed and David desperately wanted to help his brother out. But David, originally, wasn’t a match for Eric, according to ESPN.

“By 2018, doctors explained that a different way to do the transplant had emerged, opening up the potential to try it with Eric. These transplants, called haploidentical transplants, typically use donor cells from a family member…This would not be the more traditional bone marrow transplant, where cells are extracted with a needle through the hips. Rather, the medication flowing through the IV would stimulate his body to overproduce the stem cells needed for the transplant, flooding his blood with them. The cells would then be extracted from his blood, and transplanted into Eric.”

The ESPN article went on to say that “the Shaws describe what happened as a miracle. So do his doctors, who are now using Eric as a case study for patients with similar diagnoses.” A case described as dangerous.

David did just that, he tried, as described in the ESPN article. David likened this process to a Hail Mary play in football that “we’re going to drop back and throw it as far as we can and send prayers along with it and hope that it works.”

As ESPN reported, the process worked and Eric lives to tell the story.

“At some point we’re going to sit down, because I know that he has a lot of feelings about playing a role in saving my life,” Eric said to ESPN. “He’s a little protected, and that’s who I’ve always known him to be. I’ve hinted at what this has meant spiritually and how it’s really changed me completely on the inside…For God to use him to save me and impact me and impact my family, it’s almost indescribable what that means to me, in terms of him being my brother who I’ve always looked up to. We’re gonna need a lot of tissues.”

The ESPN article points out how different the two brothers are. “Though their personalities are different — David is stoic and introspective, Eric makes anyone feel as if they have been friends forever — they are grounded in the same values they learned at a young age—family and faith above everything else.”

Now, they are inseparable, thanks to their values, their prayers, and their faith in what is truly a miracle.