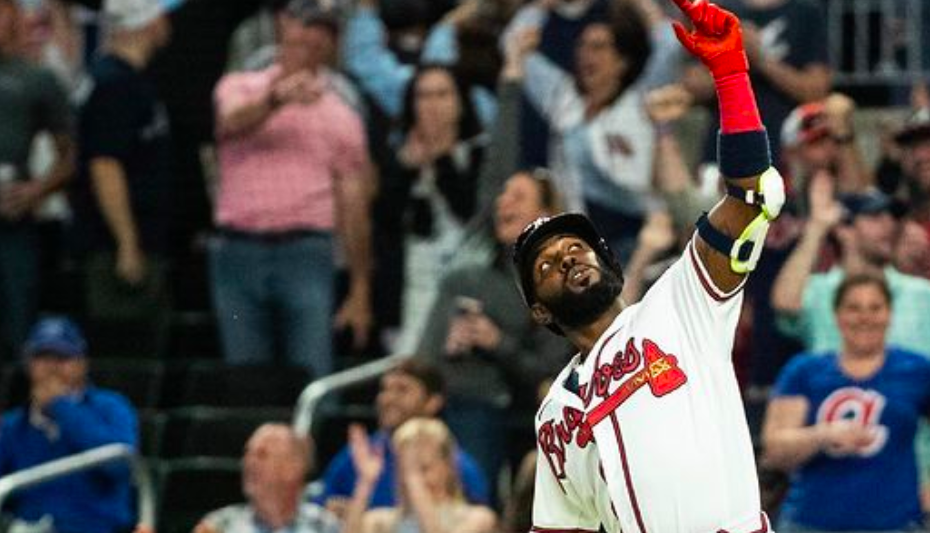 RELATED: Kevin Pillar Shares How He’s Doing After Getting Hit By Pitch In The Face: ‘Scary Moment But I’m Doing Fine!’

That’s what you’re probably thinking when you see the replay (from the Bally Sports South/Southeast broadcast) of this valiant dive to third base by Atlanta Braves’ outfielder Marcell Ozuna.

Ozuna wanted to get to that base. That much is evident, diving headfirst into that bag.

It was the top of the third. The Braves were visiting the Boston Red Sox at Fenway Park. Both teams are right there competing for first in their respective divisions. You already know both teams want this game. Ozuna did and took one for the team.

Unfortunately, for the Braves and Ozuna he got tagged out. And even worse, his left fingers took a nasty beatdown from the slide, crashing into Rafael Devers left foot while sliding.

Here’s an update on Ozuna’s fingers after that:

“The…Braves will be without (their) slugger for about six weeks after he fractured his middle and ring fingers on Tuesday night” ESPN’s Jesse Rogers reports.

“I was hoping maybe they wouldn’t of found anything and he’d a been a couple days getting some swelling down and getting back out there but he fractured his ring and middle finger and it’ll be around six weeks,” Snitker said in a May 26 press conference (as tweeted by Ball Sports South / Southeast). “That’s a significant time to be without a big player on your team.”

Snitker also described how delicate and intricate an injury involving the hand can be and why the team chose to send him back to Atlanta to get it checked out with the team being on their road trip.

“With hands, you just never know,” Snitker said. “That’s why they sent him back to Atlanta. You got to get the MRI’s and CT scans and all that kind of stuff just to make sure what’s going on and obviously they found they fractures.”

But, there’s always a silver lining.

“It’s probably a good thing that they’re not having to do surgery…if there was a good thing, it’s not a surgical process, they just cast him up and it’s going to take time,” Snitker said.