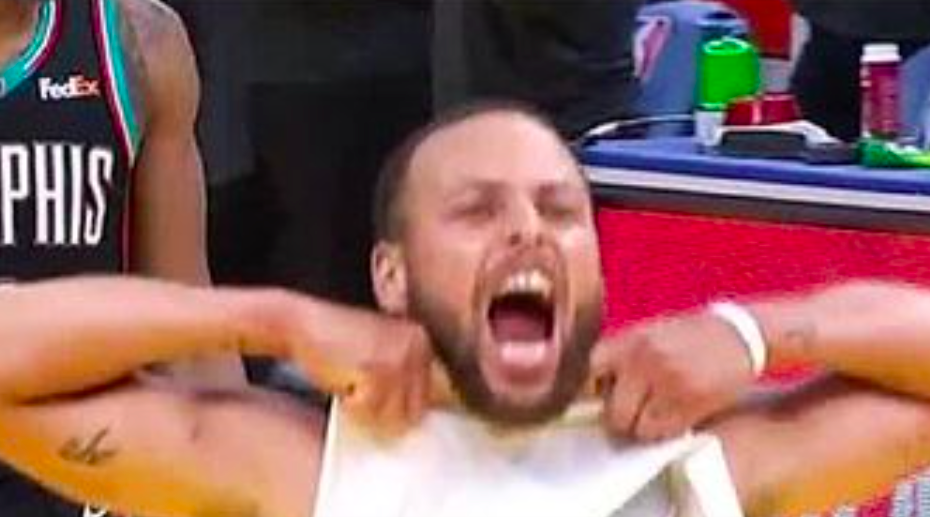 Steph Curry Finishes Leading NBA In Scoring At 32 Points Per Game This Season. Find Out Why This Historic Feat Compares To Michael Jordan

The two-time NBA MVP, seven-time All Star, and three-time NBA champion is having another MVP-type-caliber season. Let’s just say Steph Curry also knows a thing or two about scoring. Finishing seven times throughout his career in the top 10 of points-per-game, he finished first in the 2015-16 season, averaging a whopping 30.1 a game.

Curry set a new personal record, beating that average out to put up 32 points a game this season. That also means Steph is now your 2020-21 NBA scoring champion, finishing first in the league for points-a-game.

That, right there, is a fitting way to get a scoring champion dub, scoring in a way Steph does best. The dribbles, the jukes, the bucket. Of course, he’s one of the best shooters the game has ever seen. Period. The three-ball is Steph’s speciality. But, he can also drive to the rack with the best of ’em, as he showed here to win showcase he’s the best in the league this year at scoring. From every which way on the court.

Oh, and the Warriors did get the dub, winning 113-101 and Steph got well beyond his season average, putting up 46 points (along with nine assists and seven boards). The win “help(ed) (the) Warriors get (the) No. 8 spot” in the playoffs per ESPN.

Next up for the scoring champ and the Warriors is a play-in showdown with the Los Angeles Lakers, where they, oh by the way, just so happen to have another MVP in LeBron James. It’s part of the league’s new playoff format where there’s a play-in tourney. This game is one of the play-in games to determine the final eight in the conference to continue on in the playoffs (here’s a detailed explanation of the play-in format).

That’ll be a fun game.

In the meantime, Steph’s just having fun having one of the best seasons of his career. And it’s an historic feat, as well.

According to the NBA: “Curry becomes the first player 33 years or older to lead the league in scoring since Jordan in 1997-98 (35 years at end of season and averaged 28.7 ppg). He also joins Jordan, Wilt Chamberlain and Kareem Abdul-Jabbar as the only players with multiple scoring titles, MVPs and championships”.

Steph’s family is also super proud of him.

As People’s Glenn Garner noted, Ayesha posted a video of their son scoring a bucket on his little basketball hoop then replicating his dad’s celebration. In that same post, she included a picture embedded within a graphic showing her husband was the player of the game.